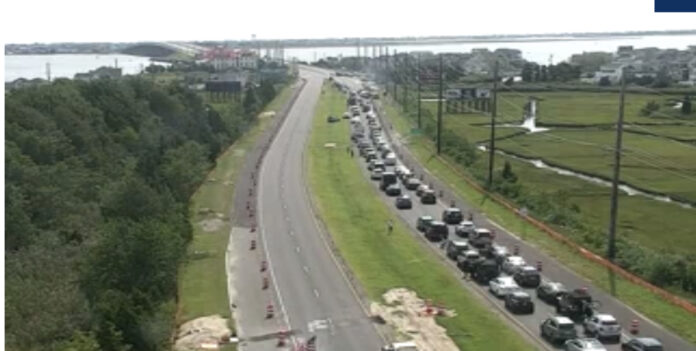 Update: Today, at approximately 10:20 AM, the Stafford Township Police Department received a call for a suspicious bag under the RT. 72 East Causeway Bridge, near Morris Boulevard. Out of an abundance of caution, the bridge was closed in both directions. With the assistance of the New Jersey State Police, the bag was deemed safe, and non-threatening. Afterwards, the bridge traffic was opened in both directions. We would like to thank all of the assisting agencies: NJSP, OCSD, Stafford Fire and EMS, and Ship Bottom Police and Fire. #staffordpolice

STAFFORD – The Route 72 Bridge remains shut down in both directions after a suspicious package was discovered.

According to police, traffic going in and out of the island is closed until the investigation is over. Ocean County Scanner News reported that the Ocean County Bomb Squad is on the scene.

Multiple reports say that a suspicious package was discovered under the bridge.

Police urge everyone to avoid the area.

Traffic is backed up all the way to the Garden State Parkway ramps heading towards Long Beach Island.

An update will be posted as more information becomes available.