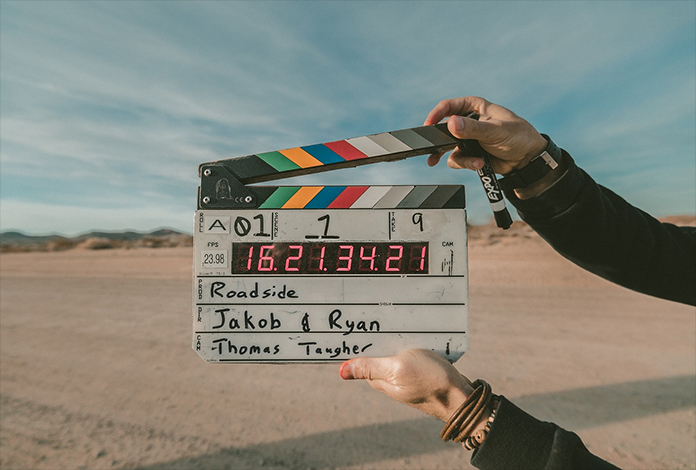 From June 3 through 6, LIFF will screen several films that premiered at Sundance and SXSW, as well as other festivals from around the globe. Some films will include Q&A sessions with attending talent. One includes celebrated comic book writer and acclaimed indie filmmaker Dash Shaw, who will be presenting his new animated film Cryptozoo, which premiered virtually at Sundance.

An aging hairdresser escapes his nursing home and embarks on an odyssey across his small town to style a dead woman’s hair for her funeral, rediscovering his sparkle along the way. Cast: Udo Kier, Jennifer Coolidge, Linda Evans, Michael Urie, and Ira Hawkins. (East Coast Big Screen Premiere, Premiered virtually at SXSW)

A stunning cinematic portrait of 20-year-old sensation Lily Hevesh, the world’s most acclaimed domino toppler and the only girl in her field, as she rises as an artist, role model, and young woman. An unlikely American tale of a quiet Chinese adoptee who transforms into a global artistic force with over 1 billion YouTube views. (Premiered virtually at SXSW, Jury Award Winner for Best Documentary)

Featuring the voice talents of Lake Bell, Zoe Kazan, Michael Cera, Louisa Krause, and Peter Stormare, the film follows cryptozoo keepers through a richly-drawn hallucinatory world as they struggle to capture a baku (a legendary dream-eating hybrid creature) and begin to wonder if they should display these rare beasts in the confines of a zoo, or if these mythical creatures should remain hidden and unknown. (Premiered virtually at Sundance)

When 21-year-old hippie-millionaire Michael Brody Jr. decided to give away his $25-million fortune to anyone in need, he ignited a psychedelic spiral of events. Instant celebrities, Brody and his wife Renee, were mobbed by the public, scrutinized by the press, and overwhelmed by the crush of personal letters responding to his extraordinary offer. Fifty years later, an enormous cache of these letters are discovered – unopened. (Premiered virtually at SXSW)

John and The Hole

An eerie coming-of-age story that plays out the unsettling reality of a kid who holds his bourgeois family captive in a hole in the ground, while becoming the “man” of the house. Starring Charlie Shotwell, Michael C. Hall, Jennifer Ehle, and Taissa Farmiga. (Premiered virtually at Sundance)

A hardworking and exhausted nurse battles coworkers, clients, and one impatient bus driver to learn her self worth as she chases the American Dream in Miami’s Little Haiti neighborhood. (Premiered virtually at SXSW)

A true pioneer in both underwater filmmaking and shark research, Valerie Taylor is a living legend and icon in the underwater world. From the birth of cage diving, to “Jaws” hysteria, to the dawn of cageless shark diving, Valerie became a trailblazing advocate for the ocean’s most maligned and misunderstood creatures. (Premiered virtually at Sundance)

An autobiographical dark comedy about a gay boy growing up in the Soviet Union, his mail-order bride mother, and their adventurous escape to America. (Premiered virtually at SXSW)

A state of secrets and a ruthless hunt for whistleblowers – this is the story of 25-year-old NSA contractor Reality Winner. (Premiered virtually at SXSW)

Home to one of the region’s largest law enforcement education programs, students at Horizon High School in El Paso train to become police officers and border patrol agents as they discover the realities of their dream jobs may be at odds with the truths and people they hold most dear. (Premiered virtually at Sundance)

When the world’s best Bridge player, Lotan Fisher from Israel, is accused of cheating by his former teammate and nemesis, the ensuing scandal confounds experts, criminal science, and celebrities, and ultimately brings about the downfall of nearly the entire sport. (U.S. Premiere)

A woman travels from Sedona to Los Angeles looking for revenge upon the immigration lawyer who ruined her life. With the help of two men she encounters on the way, she’s determined to bring down the dangerous mobster and his father, played by Frank Oz. (East Coast Premiere)

On the outskirts of London, Portuguese parents of three struggle to make ends meet. When a misunderstanding arises at school over their deaf daughter, the British social services grow concerned for the safety of the children. A real life drama about the tireless battle of an immigrant couple against the law, in a desperate fight to keep their family together. (Premiered at Venice Film Festival, Winner: Best Directorial Debut)

When a demon known as “The Painter” comes to Earth, FBI agent finds himself tasked with covering up the devilish killer’s multiplying murders. Meanwhile, a journalist works to unveil his growing web of lies. (World Premiere)

Special Presentation: Friends of The Festival

Shot over 10 years in intimate, raw home footage by the Oscar-winning filmmaking couple and LBI favorite Guy Nattiv and his wife and creative partner Jaime Ray Newman, this new short doc tells a personal story of the unforgiving roller coaster of bringing life into this world. (U.S. Premiere)

An eccentric photographer, an incompetent florist, a tactless and unreliable groom — as Ramsey’s perfect plans begin to go awry on the day of her wedding, her world seems to be coming apart… literally. (World Premiere)

When desperate refugees fleeing the humanitarian crisis in Venezuela are welcomed by a small Colombian border city, a political fire-storm erupts. A moving documentary that offers a portrait of conflict, suffering, generosity, and the power of the human spirit. (East Coast Premiere)

In an attempt to shake off her melancholy, a young woman escapes the city to her family’s country cottage only to rediscover a world she’d long forgotten and the old friend who may convince her to leave reality behind. (East Coast Premiere)

Everything in The End

Stranded in a small Icelandic village during Earth’s final days, a Portuguese man seeks solace in the brief human connections he encounters. A quiet, contemplative humanist story set on the beautiful Nordic island. Exploring themes of grief, death, and how in the end human connections allow us to forgive and accept.

When Ray gets a day pass from rehab, he has a chance encounter with Arora. As they spend the day together, he discovers that the mysteries she holds may change his life forever. (East Coast Premiere)

A family struggling with the difficulties of everyday life in an ever changing world have their lives turned upside down when a malicious rumor is spread about their son. As the parents search for their son who suddenly disappeared, they come to realize that they have been lost themselves. Facing an uncertain future, they must come to terms with not knowing any of the answers. (U.S. Premiere)

A lonely elderly man takes refuge every evening in the hospital where he spends the night sleeping on benches and chairs. Every morning he returns to his house, where his only companions are his cat and his memories. After he is discovered by a curious young nurse, a relationship of trust between the two begins to build. (U.S. Premiere)

Marlene (Sandra Hüller, “Toni Erdmann”) suffers a nervous breakdown in a remote village. As her 19-year-old daughter Mona follows, she comes upon a well-kept family secret and an old curse that ultimately threatens her life with a never-ending nightmare. (Premiered at Berlin)

Two strangers travel from Spain to Greece, through France, Italy, and Albania, on a trip where they will learn to face their mistakes and delve into their personal and family relationships. An adventurous journey, full of humor. A search for hope and happiness through gastronomy, folklore, old traditions, and the difficulty of communication between foreign languages.

Ten Black middle school girls return each week to collaborate in an after-school film project about their own coming-of-age in Baltimore City. Shot over a decade with the guidance of their Black and white mentors, this self-defined ‘second family’ is left to question if its solidarity will survive the realities of living in a world of racial inequity.

In today’s world of structure and helicopter parenting, free play in childhood has disappeared, giving way to unprecedented anxiety and depression. Psychologists, activists, and leaders of the “free play” movement fight to bring back the untold benefits of a less curated childhood.

Eco-activist Rod Coronado (“eco-terrorist” according to some) fights to end wolf hunting in the United States. When his Wolf Patrol is met with a tightening of “hunter harassment” laws that prohibit photography on public lands, he has to ask himself if he is willing to go back to prison to fight a law that some are calling unconstitutional.

On the barrier island of Sapelo, two brothers, JerMarkest and Johnathan, are growing up in the last remaining enclave of the Saltwater Geechee people. Their greatest joy is exploring the island like their adoptive mother did as a child. At the dawn of adolescence, the brothers inherit their elder matriarch’s hope, but their bond is tested as they begin to face the wider world.

American veterans struggle to adapt to civil life. This documentary follows them as they try to navigate the trauma of PTS and choose to overcome it with an attitude of growth instead of stigma. (East Coast Premiere)

The Wall of Shadows

The Sherpa family breaks a taboo and takes part in the Himalayan expedition to Kumbhakarna, one of the holiest of mountains, to earn money for their son’s school and save him from their own dangerous traditional line of work. They accompany the leading world class alpinists, as the towering mountain (7710 m) confronts both the climbers and Sherpas with equal harshness.

We Want The Airwaves

The journey of a trio of first time TV makers as they set forth on a daring adventure in 2005 – an activist focused docuseries entitled “Manifesto!” Cut from countless hours of behind the scenes footage and interviews with industry insiders and outsiders, the film follows the making of the series, all while exposing the harsh realities of the ethically challenged unscripted television world.

Dash Shaw is a cartoonist and animator. His latest feature, Cryptozoo, which he wrote and directed, premiered at Sundance 2021 to rave reviews and won the NEXT Innovator Award. It premiered internationally at the Berlinale. Cryptozoo will be shown on the big screen at Lighthouse International Film Festival, where Shaw will hold a master class.

Shaw’s debut as writer-director was the animated feature My Entire High School Sinking into the Sea which screened at the 2016 NYFF and TIFF. He’s also the cartoonist of several graphic novels, including New School, Doctors, Bottomless Belly Button, Clue: Candlestick, and the forthcoming Discipline, out September this year from New York Review Comics.

Jonathan Duffy: producer of Sorry To Bother You and Potato Dreams of America

Sonia Kennebeck: director of Enemy of the State and United States vs. Reality Winner

Lukas Pribyl: filmmaker and diplomat at the Czech Republic embassy in Washington, D.C.

Kuye Youngblood: producer of All Hail Beth and Neighborhood Beat 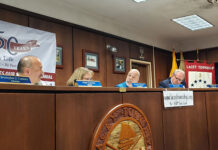