LAKEWOOD – A township resident is facing vehicular homicide charges following a road rage incident that caused the death of a bystander in a three-car accident.

The force of the collision propelled Arendt’s vehicle into the northbound lane of traffic where it struck Avon’s 2012 Ford Mustang head-on.  Further investigation revealed that a verbal altercation had occurred between Pam and Arendt which precipitated the crash.

Pam remained on the scene and did not require medical attention. He was later transported to Ocean Medical Center for a blood draw, pursuant to a court authorized warrant.  Pam was subsequently processed at Lakewood Township Police Headquarters and transported to the Ocean County Jail where he is currently lodged pending a detention hearing.

“Sean Avon was an innocent bystander driving home on June 11 from working late, just hoping to get home to his wife of three weeks. One the cars ended up hitting Sean’s car head on and killed him on impact,” Heather Mae Wisser who is organizing a fundraiser for Avon’s family, said.

Mae Wisser added, “Avon was supposed to have a ceremony in October to celebrate his marriage with all his friends and family. Sean was only 26 years old and had the plans of starting a family within the next few years. Because of an 18-year-old and a 73-year-old getting into a fight on the road so we lost a friend, a brother, and a soulmate. His life was taken too soon and now his wife needs to find a way to get through this tragic situation that never should have happened to her husband.”

“We are asking for donations to help her get through the finances that comes with planning a funeral. Because of the decisions of two grown adults, we all lost a beautiful soul yesterday.

“Any amount of donations will help. Rest In Peace Sean. We love you and you will be missed greatly,” she added.

“The initial investigation reveals that this is a tragedy of epic proportions for Mr. Avon and his family and an unfortunate consequence of aggressive driving. This investigation is active and ongoing and may result in additional charges,” Prosecutor Billhimer stated.

“Anyone is possession of information concerning this investigation is urged to contact Detective Anthony Carrington, III, of the Ocean County Prosecutor’s Office at 732-929-9027, or Detective Patrick Kearns of the Lakewood Township Police Department at 732-363-0200,” Billhimer added. 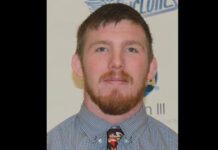 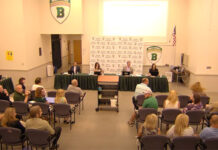