SEASIDE HEIGHTS – Ocean County Prosecutor Bradley D. Billhimer announced that his office is seeking any witnesses to an alleged assault against a Black Lives Matter protester.

Jamaal Holmes was charged with assaulting a man during a rally on the boardwalk on Aug. 15. Witnesses have said that the man who Holmes struck was assaulting Holmes first, and that Holmes was acting in self defense.

Jamaal Holmes, 28, of Branch Drive, Toms River was arrested an hour and a half into the rally as he and other BLM rally members walked along the boardwalk. Holmes allegedly struck a 68-year-old man’s face during what was described by Borough Police Detective Steve Korman as a “verbal altercation.” The victim fell and sustained a laceration to the back of his head.

Members of the BLM rally have come forward to give their account and have made accusations regarding the police’s handling of the incident.

In his defense Holmes has posted a video of the altercation indicating that it was he who was confronted by the man on the boardwalk. A video of the incident includes audio of someone saying “take off your mask you scumbag.”

Little Egg Harbor resident Alyson Hastings reached out to Micromedia Publications/Jersey Shore Online.com stating she was there on the boardwalk as part of the rally and witnessed what occurred. “I was in attendance at the protest. I was standing right with Jamal Holmes when he was assaulted by the man.”

“You can see and hear me yell ‘hey’ in the video. The man grabbed at his mask and also pushed his horn into his face. This was clearly a hate crime. Jamaal pushed him away acting in self-defense. There were no arguments being made,” Hastings said.

She added, “the man was screaming and we were chanting black lives matter. The man was visibly drunk,” Hastings said she was driving a vehicle which was pulled over for a traffic violation when Holmes was arrested after the protest.

Hastings claims police “lied to get him out of the car and said they had a warrant even though they did not. The police took my phone and said it would be held as his property because it may be needed for evidence. I then followed them to the station and I tried to file a complaint which I was told my statement wasn’t needed.”

She said her phone was returned to her by borough police when Holmes was released. Hastings said there are videos of both the assault and the arrest. “I would like the articles to stop being made out as the white man was the victim here.”

Boaz Matlack of Medford Township worked with Holmes on the rally and gave his account of what occurred at the scene. In the weeks that Matlack has taken part in BLM rallies, “this is the first time an altercation has happened. He said he is not a member of the BLM organization but serves as a member of Burlington County’s minority and equality taskforce.

“Seaside Heights Police Department – the way they treated this altercation and sent out information wasn’t done correctly in many people’s opinion and in mine,” Matlack said, adding the narrative of the event’s organizer attacking a senior citizen being untrue.

“We started marching from the Saw Mill and our plan was to go down the boardwalk and come back to a PA system that was close to the Saw Mill. There were a lot of hecklers there that day and I always let everyone know when we march that this will of course be peaceful and when you have a heckler you essentially kill them with kindness,” Matlack said.

“When we started marching back Jamaal was around the middle we got up to Dentato’s, a restaurant that is smack dab in the middle of the boardwalk. As we are marching this elderly gentleman who is red in the face is yelling at us. I’m telling him have a great day sir and he is yelling at me and spitting at my face. I went to the left side and he started marching with us,” Matlack added.

Matlack said the man began interacting with more people in the march and no one is interacting with him and everyone is continuing to march. “Then he saw Jamaal who had a mask patterned after the one from the film “V For Vendetta” as he wanted to keep anonymous due to a prior history in the borough. When he got to Jamaal he said ‘take that mask off scumbag’ and strikes him in the face.”

“Jamaal is at this time chanting Black Lives Matter and after being struck in the face he steps back and I am seeing this unfold. The mask may have busted his lip when the man hit him but he backs up and tries to actually go around and continues and doesn’t engage with him and tries to continue marching. The elderly man then goes back up to Jamaal and strikes him in the face a second time and this time Jamaal pushes him away and he falls over his bike,” Matlack said.

“At this time I didn’t see the man fall but unfortunately he hit the ground pretty hard. Luckily from what I have heard he is okay and was released from the hospital that same day,” Matlack said.

Jamaal was shooting video of the incident as it was happening and Matlack said he was trying to speak with various officers involved at the scene to look at the video showing Jamaal was acting in defense.

“We did our speeches and as soon as Jamaal was about to leave, they pulled him over (as he was in a car) and they actually falsely claimed they had a warrant for his arrest. He was charged for simple assault. It was a very odd interaction to say the least,” Matlack added.

Matlack said a few years ago Holmes had been the victim of a knife attack stating he was jumped by a number of white teenagers and in self defense punched one of them but as in this case, Holmes was charged after being brought to a hospital and having stitches from the attack.

He spent four months in jail according to Matlack who also said Holmes had also testified in a court case between the Bamboo Bar and Seaside Heights. “The entire jury in that case said not guilty.”

Matlack said that in his opinion the police held this against Holmes in regards to current incident.

Alice Cundiff of Medford Lakes said she also witnessed the incident. She said Holmes was approached “by a man who accosted him and grabbed his face mask to rip it off of him, in doing so the organizer (Holmes) suffered a fat lip from this man.”

Cundiff said the injured man “apparently came after Jamaal twice, the first time Jamaal was able to ignore him but then the guy tried to rip the mask off of Jamaal’s face. Other bystanders who were very close to the man who accosted Jamaal said the guy smelled of alcohol. The police saw and heard this video and arrested Jamaal not the other guy. When he showed them his lip they told him he must’ve done it to himself,” Cundiff added.

Hainesport Attorney Brenda Maneri of the Sitzler and Sitzler Law Firm is representing Holmes. She issued a statement on Aug. 17 stating, “we are confident when all the evidence has been gathered, it will clearly demonstrate: Jamaal Holmes was twice accosted by a counter-demonstrator and acted in self-defense.”

“We are in the position of having to complete an investigation where evidence was ignored and no attempt made to even gather it. We are confident that after a thorough and complete investigation, Jamaal will be exonerated,” the statement said.

Several messages were left with the Seaside Heights Police Dept. seeking further information regarding the matter and to respond to accusations made by witnesses and Holmes’ attorney. At press time no official response has yet been received. 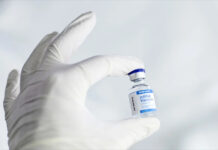 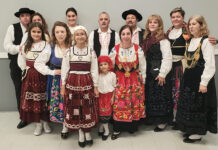