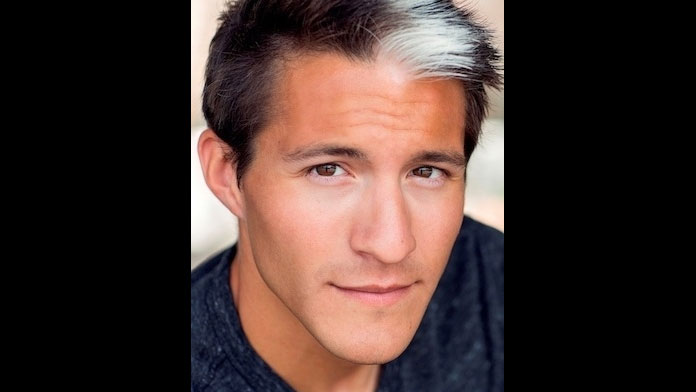 WALL – The Lavallette man killed in a motorcycle crash Tuesday night has been identified as Kenneth B. Sosnowski.

According to multiple reports and his obituary, he had been a member of Wall First Aid from 2014-2018.

He had been heading east on Route 138 when he apparently lost control of his motorcycle, police said.

The crash took place near Old Mill Road. The 26-year-old man was pronounced dead at the scene.

Wall Township police are asking that if anyone has any information regarding the crash, contact Lt. Chad Clark of the Wall Township Police Department Special Services Divisions at (732) 449-4500 extension #1143 or at cclark@wallpolice.org.

His obituary was posted on Legacy.com:

Kenneth Bradford Sosnowski, 26, of Wall Township and Lavallette died in a motor vehicle accident in Wall on Tuesday, July 21, 2020. Kenny was born in Houston, Texas and spent all but the first four years of his life on the Jersey Shore, a place he loved and never wanted to leave. He was the light of our lives, thoughtful, loving, funny and kind, and the world is a lesser place without him in it.

After college, Ken enjoyed a career in sales and had been slated to start a new job as a medical laboratory account manager, a step he believed would help him prepare for a career in pharmaceutical sales like his father. Kenny served his community as an Emergency Medical Technician, first at South Wall Community First Aid Squad, and most recently at Dover-Brick First Aid Squad in Toms River. Ken loved being an EMT; it was his vocation.

Kenny was born with a white streak in his hair that seemed to signal right from the beginning that he was special. He was a gifted artist, musician, and actor. As a teenager, he worked on several short films and network television shows, his acting career culminating in his lead character role as Boris Waleskaya on Nickolodeon’s Alien Dawn. Ken enjoyed competitive shooting, trap and range shooting and was NRA qualified as a sharpshooter with long guns. Kenny was curious about everything and devoted himself to finding answers to all his questions. He loved all animals, especially his beloved cat Franklin. He lived for robust political debate and always came prepared to defend his position. He enjoyed playing video games, especially with his brother, and watching YouTube videos. Kenny loved music; his iTunes collection was eclectic and extensive. The Manasquan Inlet was his favorite place in the world and he spent countless hours there in every season. Kenny’s passion was riding his motorcycle. His love of the open road began when he got his moped at age 15, accumulating more than 11,000 travel miles. Yes, on a moped! He graduated to riding motorcycles and loved his Kawasaki Ninja 650. He would often say he found peace and joy when he rode, and he rode that Ninja straight into the gates of heaven. Kenny was the world’s best hugger. We will miss that most of all.

Kenny was pre-deceased by his paternal grandmother Mary Tomascik Sosnowski and his maternal grandfather Spencer Bradford Hall. He is survived by his loving parents Robert and Katherine Sosnowski of Wall, his beloved brother and sister-in-law Jonathan and Iriana Sosnowski of Lake Worth Beach, FL, his biological sisters Amelia (and Chace) Randall, Baltimore, MD and Madison (and Jose) Lopez, and his niece Carmen and nephew Cameron. He is also survived by his maternal grandmother Nancy Allen Nichols of Spring Lake, paternal grandfather Edward Stephen (and Frances Tomala) Sosnowski, Aunt Elizabeth (and James) Herberick, New Milford, CT, Uncles Steven (and Cyndi) Hall, Palmyra, PA, Michael Hall, Grand Haven, MI, Reverend John (and Cynthia) Sosnowski, Leland, NC, Mark (and Patricia) Sosnowski, Torrington, CT, and cousins Cara Hall (Nicholas) Turilli, Elora Herberick, Slade and Ryder Hall, and Julia Sosnowski. He is also survived by his girlfriend Erin Phalon, as well as many other family members and friends, all of whom will love and miss him every day of their lives.

A Mass of Christian Burial will be celebrated at Saint Martha Church in Point Pleasant on Monday, July 27, 2020 at 11 am. Please go directly to the Church on Monday, there will not be a procession from the funeral home. Interment will be private.

In lieu of traditional remembrances, please consider a contribution in Kenny’s memory to the Dover-Brick First Aid Squad or to his alma mater’s NJCU Foundation. Perhaps the greatest gift to Kenny’s memory would be your commitment to treat other people as he did, to be kind, to strive to help ease pain – physical or emotional – and to always recognize that no matter your circumstance, there is always someone whose life you can positively impact simply by taking the time.

In order to protect the health and safety of all, masks and physical distancing will be enforced. Also please be respectful that all indoor gatherings in our state have limited capacities that are generally reserved for the immediate family and their invited guests only. We cannot exceed more than 50 visitors at any given time.

To offer condolences to the family, please visit www.obrienfuneralhome.com