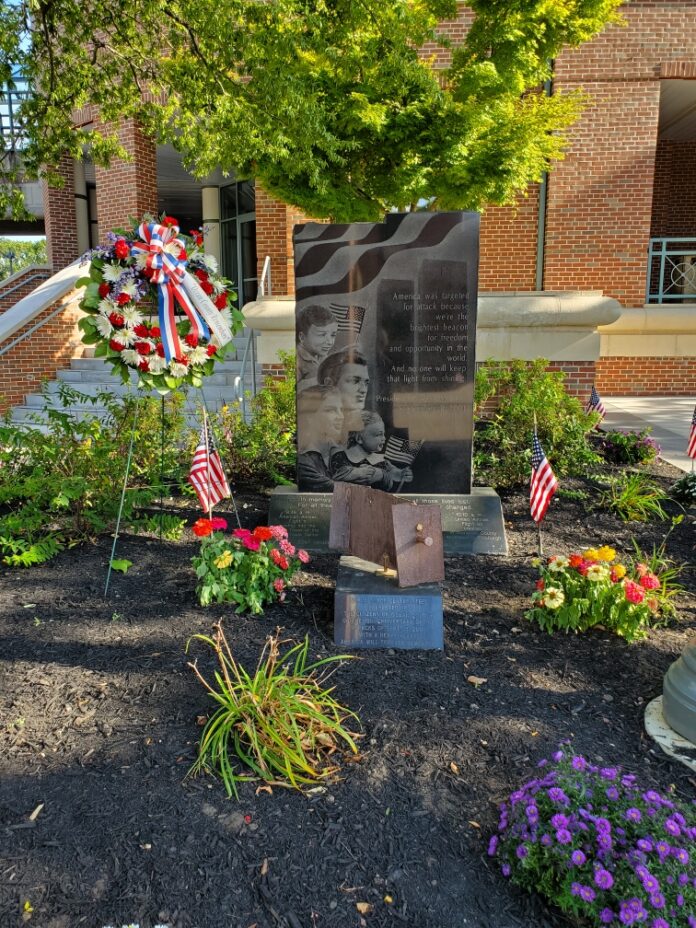 TOMS RIVER – Ocean County officials came together to remember the victims of the September 11, 2001 attacks.

This year marks the 21st anniversary of the attacks on the World Trade Center, the Pentagon and Flight 93, that killed nearly 3,000 people.

On the morning of September 9, County Officials held a 9/11 remembrance ceremony honoring those who tragically lost their lives that day.

“We will never forget our fellow Americans who tragically left us that day. We thank the many brave men and women in the military who defend and protect us and the dedicated emergency personnel who risk their lives to rescue us from danger,” Ocean County Clerk Scott M. Colabella said in a statement.

Outside the Ocean County Prosecutor’s Office stands a monument memorializing the event.