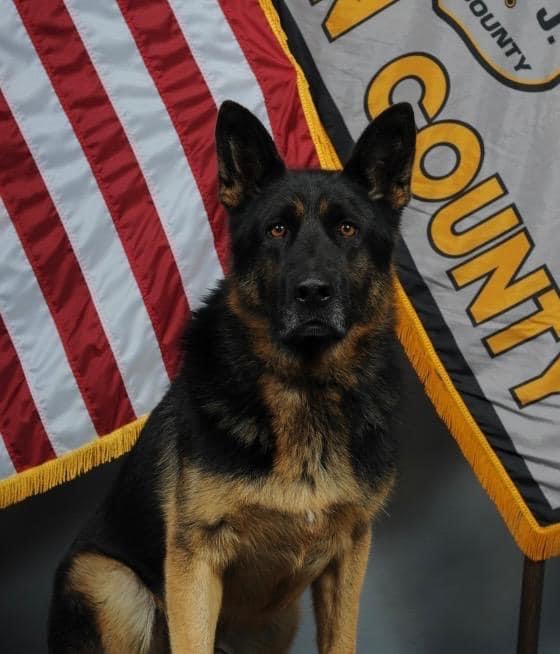 OCEAN COUNTY – The Ocean County Sheriff’s Department is mourning the loss of one of their own. Their K9 officer named Bear has died.

K9 Bear was a 7 year old German Shepherd, handled by Sheriff’s Officer Christine Casullo. Bear served the citizens of Ocean County fearlessly and with a tremendous amount of loyalty.

Over his five years with the department, Bear was responsible for numerous explosive sweeps in County as well as assisting various State & Federal Task Forces.

Bear participated in many public demonstrations and along with his handler, were a welcome addition to countless community events.

K9 Bear will be greatly missed by all.