OCEAN COUNTY – The count of confirmed measles cases is now 24, according to the Ocean County Health Department.

There are 10 more cases that are under investigation as of Dec. 20.

Measles outbreaks can be narrowed down to those who have experienced a rash onset date of October 17, 2018 through November 25, 2018, officials said.

According to the OCHD, the last rash onset date is November 25, 2018 and four days of infection ended on November 29, 2018. At least 42 days must elapse from November 29 before the measles outbreak can be considered over.

The confirmed cases are still from the same rash onset dates, said Brian Rumpf, Director of the county’s Health Department. There’s hope that the rashes are all in the past and that there won’t be any new infections.

“It wouldn’t be altogether surprising to see someone with a rash show up at the doctor’s office tomorrow,” he said.

Once again, OCHD officials encourage vaccination against the disease.

The age range so far for the current outbreak is 6 months to 59 years old. 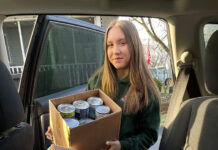