Doug Bollinger was such a jock in high school, he didn’t realize the correct term was “audition” when trying out for a part in his school’s musical. He played soccer and baseball, but didn’t play winter sports. At his parents’ urging, and his public speaking teacher’s encouragement, he “tried out” for a part and got it, and loved the audience reactions to his time acting on stage. When not playing sports, he occupied his afternoons practicing his roles in “Scrooge,” “Grease,” and “West Side Story.”

Fast forward: after playing soccer at Ithaca College, and transferring to Montclair State University to pursue acting, Bollinger was a working actor who completed his certification in Theater Education. He’s done work in and around New York City in both film and theater, and now teaches full time at the OCVTS Performing Arts Academy. 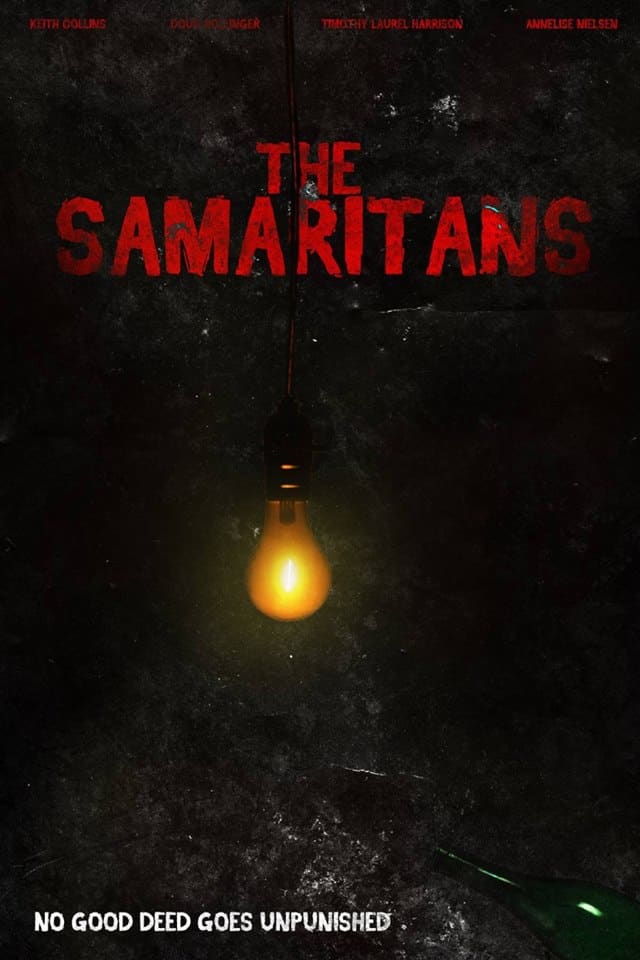 When he has extra time (that’s a joke teachers will get), he writes and acts in projects. His thriller film, The Samaritans, will play at the 11th Annual Jersey Shore Film Festival, which runs Aug. 1-12.

Tickets can be purchased online at jerseyshorefilmfestival.com/tickets/august-9th-house-of-independents-730pm-block-pass/

“I am so excited to be a small part of this incredible festival. Stevie Doueck and his staff have created a true filmmaker experience. They have been very proactive with their communications with us and we look forward to the experience of not only screening our film but watching other films as well. I will be at as many events and venues as I can! I have reached to local filmmakers that are involved and I hope to continue to build the network of local artists that has been blowing up in and around Monmouth and Ocean County. Asbury Park will serve as the perfect backdrop for this festival and I can’t wait to show filmmakers from around the country our cool little arts hub of Asbury Park. I am also so psyched to be able to invite locals to see our film. Many of our films have had distribution or appeared in New York City. Being a local, I plan on having a wide representation of support from high school, college, my time as an ice cream man, our school, my neighborhood, etc.,” Bollinger said.

The story of The Samaritans centers around four coworkers trying to finish a project at their manager’s home. They’re trying to perfect an App they’ve been working on together remotely, and the first time they all meet face-to-face, they realize they have more in common than they thought.

“Their pasts have provoked a vengeful force to show them the errors in their ways. The home they have been summoned to becomes their court and their prison. Can they prove that history doesn’t repeat itself? Can they redeem themselves before time runs out? Will they figure out their fateful bond before revenge has its way with them?” the teaser reads.

Bollinger wrote the script in several weeks, and the movie was shot in his Neptune City house in four days. Post production lasted about 18 months.

“It was an experience we will never forget. It was a communal four-day period that went smoothly largely because the six people involved collaborated and contributed without ego or controversy. I had to rely on my team since I was doing triple duty as writer/director/actor,” Bollinger said. “We are thrilled with the finished product and look forward to the next phase of this journey. We hope to secure worldwide distribution before the year ends.”

The movie stars Bollinger as Eddie, Keith Collins as Frank, Timothy Laurel Harrison as Daisy and Annelise Nielsen as Rosie.

“Scary (or in our case, unsettling) movies remind us that we are okay. It gives the adrenaline rush of something uncomfortable and potential dangerous within the safe confines of our theater or home. Watching people watch our film and squirm a little makes us happy!” Bollinger said. “With Samaritans, we also have an element of humor. Quite often films in the thriller/horror genre add comic moments to let us exhale a bit during what is hopefully a tense ride. We felt very strongly about this. I happen to play the ‘funny’ character and we have found that the laughs we get during screenings are genuine stress releases for our audience. I am not sure what is more satisfying as a filmmaker – to hear people gasp or laugh.”

Another locally-shot feature film, Rock, Paper, Scissors, is in post-production and should be making the fall film festival rounds. His film, The Evangelist, has had world-wide distribution and its Portuguese overdub gave it a successful run in Brazil.

For more information about The Samaritans, visit imdb.com/title/tt5486552/.