TOMS RIVER – A seven-count indictment was handed down to an Ocean Township man for attempted murder and aggravated arson.

Kenneth Lyons, 36, allegedly set a fire to a Castro Grove Drive home and vehicle in Toms River on April 7. Toms River Police considered the fire suspicious, and an investigation from multiple agencies led them to Lyons, an acquaintance of the victim.

Jersey Shore Online first reported about this back in April. 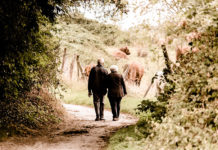