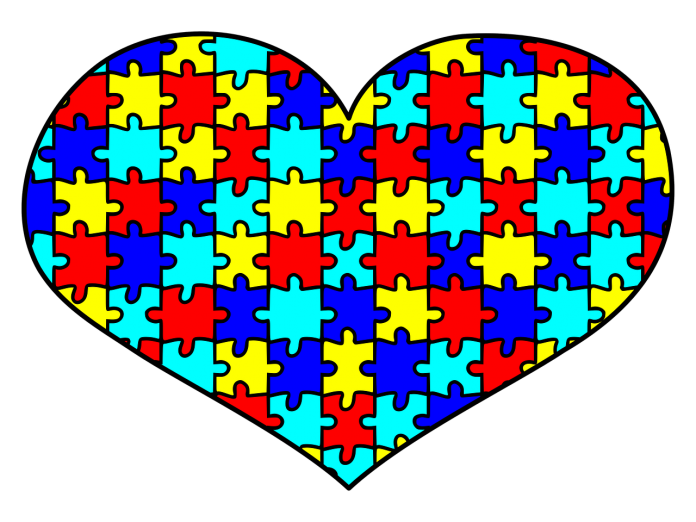 TOMS RIVER – April is “Autism Awareness Month” and the Ocean County Board of Commissioners wants the public to be aware of it.

They presented a proclamation recently in an effort to raise awareness about the prevalence of autism and highlight programs that are available for parents and caregivers of those who are on the autism spectrum.

According to research by the Autism Society, cases of autism in the United States have risen from one in 125 children in 2010 to one in 54 children in 2020.

Commissioner Joseph H. Vicari said, “I have seen the difference early intervention can make throughout my time as a longtime educator.”

Vicari, who serves as liaison to the Ocean County Library added that it was important to learn how to relate to children and adults who have autism. “I encourage Ocean County residents to participate in activities to become better educated about autism spectrum disorders.”

The Ocean County Library is hosting its fourth Autism Resource Fair throughout the month of April. The fair will include various virtual programs such as music therapy, education programs, recommended readings and trivia games for teens through theoceancountylibrary.org/autism.

Dr. Temple Grandin will provide this year’s keynote address which will feature insight and inspiration for all interested in better understanding, caring for, or working with individuals on the autism spectrum.

The free virtual event is scheduled to take place from 2 to 3 p.m. on April 17 and registration is required. Everyone who registers at theoceancountylibrary.org/events will receive a link by email.

The library system has also continued helping citizens with autism and other disabilities through the creation of a sensory space on the second floor of the Ocean County Library’s Main Branch on Washington Street, in Toms River.

The space serves as an educational center for visitors who want to learn more about autism, and the various programs and services that are available. While the opening of the sensory room has been delayed due to COVID-19, the library hopes to open it to residents later this year.

The Centers for Disease Control states “while there are different types of autism, such as Asperger Syndrome, which is usually milder than the “classic” Autistic Disorder, people with autism spectrum disorders (ASD) often have problems with social, emotional and communication skills.

They might repeat certain behaviors and might not want change in their daily activities. Many people with ASD also have different ways of learning, paying attention, or reacting to things. Research has shown that early intervention services can greatly improve a child’s development, even though there is no cure for ASD.

Hole In One Scored By Two Brothers