TOMS RIVER – Berkeley Township Police have confirmed the body pulled from the water this morning in Ortley Beach is that of the man reported missing this past weekend.

Authorities have not yet released the man’s name, only that he was 68 years old and possibly fell into the bay from his Seabright Avenue home June 24.

Foul play is not suspected.

A search for the man on land and water has been ongoing since Monday. 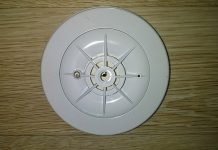