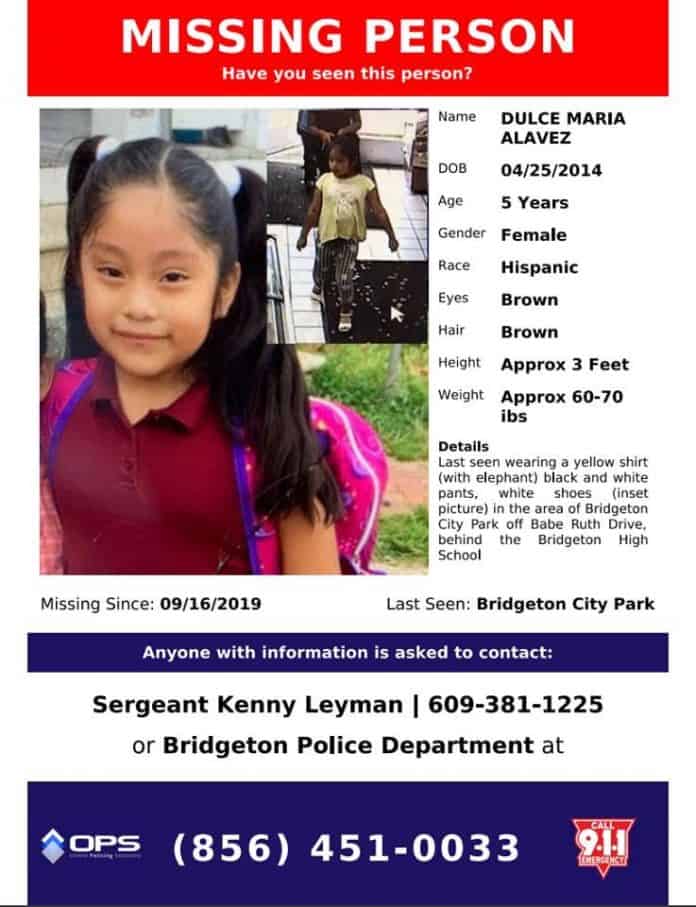 BRIDGETON – September 16 marked an unfortunate anniversary – one year since 5-year-old Dulce Alavez was abducted from a park in Bridgeton, New Jersey.

Authorities are using that anniversary to put out the call for any information regarding her whereabouts. When she was last seen, Dulce was 3’5 tall and weighed 40 lbs. She is Hispanic, with black hair and brown eyes. Dulce is now 6 years old.

She was last known to be playing in Bridgeton City Park behind Bridgeton High School. She was last seen in the company of a man at the park, who is a suspect in her disappearance.

The National Center for Missing & Exploited Children (NCMEC), the Bridgeton City Police Department in New Jersey, and the FBI are seeking the public’s help to bring Dulce home.