MONMOUTH COUNTY – The Monmouth County Prosecutor’s Office announced that it has won an MTV Video Music Award for doing their part at a recent shore area concert.

The MCPO tweeted the news last week, revealing that they won a “Moon Man” for “providing site assessment and security prior to and during the August 2019 Jonas Brothers concert at the Asbury Park beach.”

The Jonas Brothers made their way to the Jersey Shore over the summer to perform their hit song “Sucker” at the Stone Pony and the Asbury Park beach, where thousands of fans gathered to watch the show. 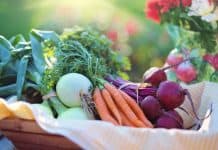