Goldfarb will be responsible for overseeing the enforcement of animal cruelty cases in the county. He replaces Ross Licitra, who has been Chief since May of 2015. Licitra is stepping down from this position after winning the open Freeholder seat in November’s election.

“We want to congratulate Chief Michael Goldfarb on the new role. Michael’s enthusiasm for animal welfare, coupled with his extensive law enforcement background and deep roots in Monmouth County, makes him an excellent fit and creates a smooth transition to the role of Chief of the SPCA,” Gramiccioni said.

He added, “we would like to thank Ross Licitra for his unwavering dedication to the position for the past five plus years,” Gramiccioni stated.

Goldfarb’s law enforcement career began in 1992 as a Patrolman for Eatontown. He later moved up through the ranks and eventually was promoted to Chief of Police in 2007. Goldfarb remained as Chief for ten years, until retiring in 2018, after 25 years of service to the community.

Goldfarb is a lifelong resident of Middletown where he resides with his wife and family.

Also promoted was Michael Magliozzo, a 25-year law enforcement veteran who retired from this Office earlier this year as a Detective Sergeant. Magliozzo was promoted to lieutenant work alongside Chief Goldfarb. 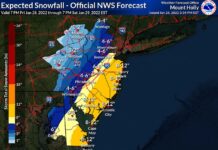 Up To 12 Inches Of Snow Possible For The Jersey Shore 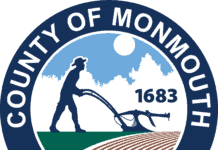