In June 2019, Delhagen was arrested and charged following a series of events that began when he harassed women through social media, ultimately breaking into the Neptune Township home of two of his female victims.

On June 15, 2019, Neptune Township Police responded to a call for a possible burglary at a Wayside Road residence. Upon arrival, the 18-year-old female victim and her mother told police that someone had broken into the girl’s bedroom through a window, while mother and daughter were asleep in another part of the residence.

According to authorities, the victim indicated she had been having trouble with a man she met using social media.

Police searched the surrounding area, eventually locating Delhagen in front of a nearby home in possession of a bathing suit top and a bra taken from the victim’s laundry basket. Police then charged Delhagen and released him on a summons.

As the investigation continued, police discovered that the victim had previously come into contact with Delhagen last year through social media. Their interactions later morphed into harassment after the victim rejected Delhagen’s efforts to set up a meeting for the two, forcing the victim to cut off any communication between them.

“In May 2019, Delhagen contacted the victim using a different social media platform, stating he was coming over to the victim’s house and inquiring if the victim’s mother was home. He then sent her disturbing images, including a Google Maps image of the victim’s residence. After he was again rejected by the victim, Delhagen sent a harassing message to the girl’s mother,” stated the Monmouth County Prosecutor’s Office.

Delhagen was charged with Stalking and Cyber-Harassment, and he was taken to the Monmouth County Correctional Institution.

Delhagen is also charged out of Neptune City, with two counts of fourth degree Cyber-Harassment, as part of an ongoing investigation into harassing messages sent via social media and his cell phone to a separate set of victims. In that case, Delhagen is accused of utilizing social media accounts to repeatedly send threatening messages and sexually explicit materials to another young female victim and her mother. Those threatening messages also included references to the Sarah Stern homicide.

Delhagen faces three to five years in prison on the burglary charge. If convicted of the fourth degree offenses, he faces up to 18 months in state prison on each count.

Anyone who feels the need to remain anonymous but has information about a crime can contact Monmouth County Crime Stoppers confidential telephone tip-line by calling 1-800-671-4400; texting “MONMOUTH” plus their tip to 274637; or, emailing a tip via the website at monmouthcountycrimestoppers.com.

Monmouth County Crime Stoppers will pay up to $5,000 for information leading to the arrest of criminals and fugitives. 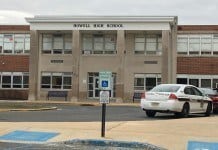 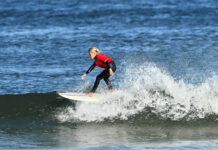