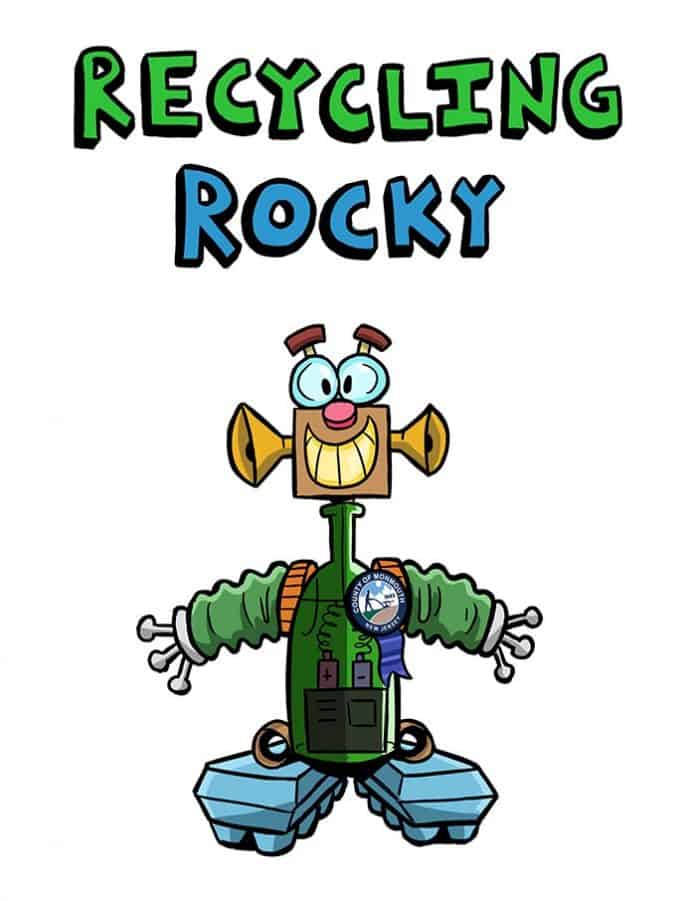 FREEHOLD – Some creative local students had a hand in deciding the name of the first-ever Monmouth County Recycling Mascot. The mascot has been dubbed “Recycling Rocky” by fourth-grader Kiernan Turbitt of St. Leo the Great School in Lincroft.

The mascot was chosen from the winner of the Monmouth County Recycling Essay Contest. The Board of Chosen Freeholders honored the top three fourth grade students and their essays on April 3.

“The creativity of all of the students who entered this essay contest was absolutely incredible,” said Freeholder Director Thomas A. Arnone, liaison to the Monmouth County Recycling Division. “It was really hard to narrow all of the essays down to pick out the top three and every single student who entered should be very proud of the great work that they did.”

First place was awarded to Kiernan Turbitt of St. Leo the Great School in Lincroft. Kiernan’s story told the tale of Recycling Rocky and his “Environmental Buddies” who helped recycle a sad soda bottle and turned him into a happy blue thermos.

Second place was awarded to Sophia Marie Kurdes of Shrewsbury Boro School. Sophia wrote a story about Molten and his squad of robots who saved ten cities from pollution while teaching residents about recycling.

Third place was awarded to Kelsey Kalemba of Brielle Elementary School. Kelsey wrote a story about Roo and his travels around the United States to educate people about recycling with the hopes of saving fish and animals.

“We have big plans for Recycling Rocky! So, make sure to stay tuned and follow Monmouth County Government on Facebook and Twitter to follow Rocky’s journey,” said Freeholder Director Arnone. For more information about Monmouth County recycling information, go to visitmonmouth.com.