HOWELL – With only a few weeks down in the new school year, parents are already seeing significant issues posed by the major change to block scheduling in the Freehold Regional School District high schools.

The district Board of Education held a special meeting recently to address the widespread concern that the new schedule makes lunch time virtually impossible. According to Board President Michael Messinger, “the board is well aware of the problem.”

Block scheduling imposes fewer, but longer, classes in a day over a seven-day rotation. Chosen for its benefits to instruction, focus, and perception, the switch took approximately three years of planning.

With the new scheduling, all students are required to have the same “unit lunch” period. This means, as Messinger put it, there are 2,000 students attempting to eat lunch at the same time in one cafeteria.

Parents in the district have recently taken to social media to express concern over their children eating lunch on the floor, or not being able to obtain lunch in the 35-minute period allotted.

“The parents there all voiced similar concerns: Lack of seating; lack of facilities; food being prepared hours in advance; food being stored in closets in the gym; the school having no idea where the kids are for the lunch period; safety issues (in the event of an emergency, active shooter scenario, or individual/family emergency),” stated Cores. “The response by the Super was to give it time and that he was “watching the flow.””

Superintendent Charles Sampson explained that the issue has only been identified in two of the district’s six high schools. “In four of the six high schools it was relatively smooth in terms of the traffic flow, the line organization,” he added.

The high schools that experienced the most difficulty with the transition were Manalapan and Freehold Township. Sampson noted that these two schools are “sister schools,” sharing the same structure.

While the board recognized the problem parents presented, they did not seem too concerned. 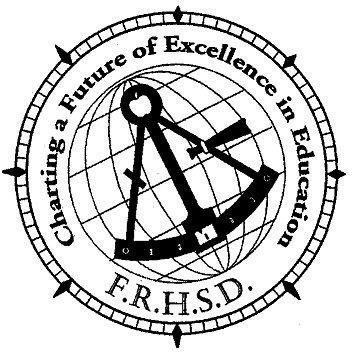 “This is something we anticipated,” said Messinger.

And this is not Sampson’s first time adjusting to the quirks of a new schedule.

“As a high school principal at Cedar Grove High School and as a superintendent in other public schools before my time here…I oversaw transition to block scheduling twice and in both cases we ultimately adjusted periods of the lunch,” he said.

Major issues that Sampson identified are food service efficiency, space, and the traffic flow to the lunch room from various parts of the school.

Sampson stated that the district’s food service provider experienced some problems as they recently switched to a new interface and hired new workers, causing lunch lines to back-up and move slowly.

However, since school began, the district has worked on staggering the release of certain classes and cut off access to certain routes. “We redirected students to take different routes, which cleared up an awful lot of the traffic,” said Sampson.

Various other areas of the school have been opened up for students to offer additional seating. These include: auditoriums, large group instruction areas, and other classrooms.

“We looked at day one and saw that the way the lines were forming were not quite as efficient,” said Sampson, so the lines have been moved and redeployed to hasten the process. “That had tremendous success.”

“We put a simple statement out to parents in the community that we are going to continue to make adjustments that will make the lunch efficient, and that over time this will work very well,” said Sampson.

While the superintendent and board agree that it was a rocky start, they also agree that block scheduling is an asset to the district that they are willing to work on, piece by piece.

Some parents have taken notice of the improvements by sharing on social media. One post to Howell Happenings stated: “All the kids I spoke to at Howell HS said it’s much, much better now. They put more tables and chairs in the gym for additional seating AND let the classes close to the cafeteria out a few minutes earlier so they are done purchasing their food by the time the kids from the other floors get there,” she said.

Others maintain it was a bad move, stating: “This tiny improvement still isn’t acceptable by any means.”

Most concerns were brought forth by parents. Messinger noted that he has received no official response or issue from the students themselves with the change.