LAKEHURST – A motor vehicle stop leads to the arrest of two people after police find heroin and drug paraphernalia in their car.

On June 16, Officer Anthony Florio pulled over driver Paul Rein, 54, of Keansburg, with Beatrice Rein, 54, of Hazlet, in the passenger seat. Once stopped, Florio, along with assistance from Officer Gavin Cecchini and Officer Harry Paul, found drug paraphernalia out in plain sight inside the car.

After police searched the car and both the driver and passenger, police discovered Paul to be possessing heroin and Beatrice with a crack pipe. As a result, both were arrested without incident.

Beatrice Rein was charged with Possession of drug paraphernalia. Both were released with a summons pending a mandatory court appearance.

All criminal charges are merely accusations and all subjects are innocent until proven guilty. 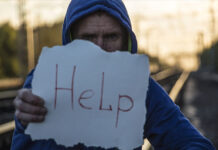