MANCHESTER – A township man has been arrested and charged after peering through multiple backyards and attempting to flee police this morning, police said.

Authorities received a call around 8:30 a.m. about a suspicious man, wearing a red flannel and red pants, looking into the backyards of numerous homes in the area of Sixth Avenue near Cumberland Boulevard.

Officers immediately responded and found the man at the corner of Cumberland Boulevard and Broadway Boulevard.

Police identified the man as 34-year-old Ron Carr of Manchester and discovered he had an outstanding arrest warrant for criminal mischief out of Manchester Township.

When he was advised of his outstanding warrant, he attempted to flee on foot, police said. However, officers were able to place Carr under arrest and charged him with fourth-degree Resisting Arrest.

The Manchester Township Police Department reminded residents to keep their homes and vehicles secured and to contact headquarters at 732-657-6111 to report any suspicious persons and vehicles.

Carr had been previously arrested in 2021 for an accident in which he was charged with a DUI. 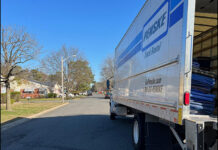 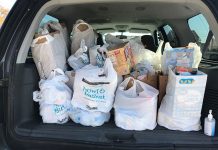 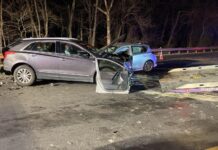