MANCHESTER – Only minor injuries were reported after a Whiting man drove his vehicle into a Brentwood Drive residence over the weekend.

On June 23 at approximately 10:24 a.m., Manchester Police officers responded to Brentwood Drive in Whiting for a report of a vehicle that had driven into a house. Once on the scene, officers observed a 2019 Chrysler Pacifica collided with the front of a Brentwood Drive residence.

According to Manchester Police, the driver, 55-year old James Toth of Whiting was reversing out of his driveway when his vehicle began accelerating uncontrollably. Toth accelerated across the street and over the adjacent lawn into the front right part of the Brentwood Drive residence.

Toth reported that when he went to take the vehicle out of reverse and put it into drive, the vehicle began accelerating uncontrollably in reverse.

The Chrysler collided with a bedroom in the adjacent residence, which was occupied by residents 72-year old William Doty and his 70-yearold wife Linda at the time of the crash.

“Both residents were on the opposite side of the room from where the vehicle entered and thankfully only suffered minor injuries. Both William and Linda Doty were treated by first aid at the scene and transported to Ocean Medical Center in Brick for further treatment. Their injuries do not appear to be life threatening,” stated Manchester Police.

Toth was uninjured in the crash.

An investigation is ongoing; however police believe driver error to be a contributing factor in the incident. 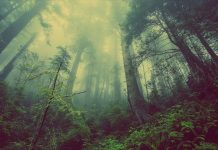 Should The Right To A Clean Environment Be In Constitution?