HOWELL – Modeled after the ABC television reality show Shark Tank, teams of township middle school students made their pitch on how to make a better environment and in so doing, scored first and third places.

The teams took the honors in the fourth annual STEAM Tank Challenge, sponsored by the New Jersey School Board Association and the U.S. Army. More than 550 student teams entered this year’s program, which culminated in final presentations by 90 student teams at NJSBA’s Workshop 2019.

This year’s winning teams – nine in all – were introduced during a ceremony at the recently held NJEA Convention, with education leaders from across the state honoring the students for their creativity and achievement.

“They are an amazing group of girls,” Josh Langenberger, Science Teacher and Steam Tank Advisor for Howell Middle School South said. “They started around this same time last year when they were in 7th grade and they could either do an essay or make a two-minute video to make their original pitch.”

Langenberger said that after several months they moved on to the regional finals in March and it was reviewed by members of the NJSBA during its conference in Atlantic City in October. “It just so happened that they were an all-female group. It is unique to our school that we took first place and also third place which is quite an honor. Last year we had an all boy team who did very well.”

Teams were asked to identify a real world problem or situation that needs resolution, or modify an existing product to make it better, or invent something that does not exist yet. Howell Middle School South earned both First Place for Cell Cycle and Third Place in the State for SmartyT.

The Cell Cycle team is made up of 8th graders Cassidy Brennan, Caitlyn Zito, Samantha Ngo, and Kira Zimmer. Their pitch involves a cell cycle sustainability. “They made a game out of recycling through a concept of a cell phone app. You get a point for every item you recycle and they even worked out a way that no one could cheat my scanning the item more than once. They thought of every aspect of this,” Langenberger said.

The app allows recycling to become a game by scanning barcodes of products placed in appropriate bins. Kids earn points and prizes and compete with their friends. “It’s a win for the kids and win for the planet,” Langenberger said.

“We discuss this during lunches and they had the regionals during March and April. This helped them build confidence and they recently met with representatives of Apple through a web conference that originated at the Long Branch Public School,” Langenberger said.

Cassidy is 13 years old. She said the STEAM Tank competition “encourages students to innovate a solution to a real-world problem. Our project works towards eliminating plastic pollution across the world by making the practice of recycling an engaging, competitive game.”

“We’ve worked on this project since the beginning of 2019 and are continuing to work; there were many steps in the development of our innovation and the competition,” Cassidy said.

“Mr. Langenberger introduced this program to our science class as a learning opportunity that we should all take part in. He is an incredible advisor and supported us and continues to support us throughout the process. He provides us with an opportunity and we have to take it and run with it. He gives us lots of independence in order for us to learn to solve problems and grow,” Cassidy said.

Cassidy added, “the competition is a statewide event, so my team placed 1st in the state in the middle school division. The final round of the competition took place in the Atlantic City Convention Center on October 23. Shortly after finals, we received word that we placed in the top three, so our team and the other two teams presented again at the NJEA Teacher Conference, taking place in the same location. We were presented with our award then.”

Cassidy said that while the team’s competition has come to an end, “our process has not. Our team is following through with the development of our application and will be working diligently in order to write the code for our innovation. The competition was a platform for our solution, and it can now take off in ways we didn’t expect it to.”

Langberger said he assisted in providing the team some books and information about coding so that they could move forward to make their prize-winning pitch a reality.

The third-place prize also went to a team of Howell 8th grade students. Their idea is called SmartyT. It concerns a trashcan which detects and determines if items thrown away can be recycled. By using internal sensors, when an object is placed in the can, it illuminates alerting the user. By ensuring that the items are sorted at a consumer level, it avoids recycled materials from being sent to the landfill.

This is the second year in a row that Langenberger has advised the 1st place Middle School Steam Tank winner. He has been teaching in Howell for 26 years and has been part of Steam Tank program since its inception three years ago.

The Cell Cycle Team met with representatives from Apple to present their XCode and to seek additional support to continue developing their App. They will also take part in a leadership conference next week with Long Branch Public Schools.

Feinsod said the NJSBA and their partner in this effort, the U.S. Army, thanked the NJEA for demonstrating its support for the program by once again hosting the awards ceremony.

In the first year of the contest, in 2016, there were 32 submissions with 17 teams selected to present their ideas and inventions at NJSBA’s Workshop conference in Atlantic City. This year, more than 550 teams applied, and 90 teams made it to the finals. 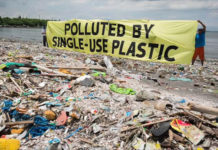 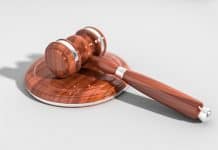