HOWELL – There’s almost too many awards to mention. The Howell High School Rebel Wrestling Team had an incredible season that culminated with not only a state champion, but a coach of the year.

Wrestlers Kyle Slendorn and Darby Diedrich were the second and seventh place finishers in the state.

The entire Rebel Wrestling Team and its coaches were honored for their 30-1 season and given certificates of achievement by Howell Mayor Theresa Berger and councilmembers at the March 21 town council meeting.

“Mr. Walsh and myself attended both sessions and watching you guys was amazing, I couldn’t keep my eyes off you, it was crazy,” said Mayor Berger, who was swiftly corrected for referring to the wrestling sessions as “games” instead of matches.

Head Coach John Gagliano also took home the NJSIAA Wrestling Coach of the Year award for his hard work throughout the season.

“The coach has done a tremendous job,” said Councilman Robert Walsh. “When I read in the morning that he was coach of the year, I was on cloud nine.”

Gagliano spoke about his experience coaching the team, sharing what a great privilege it is for a team who worked so hard all season, and how proud they are to bring their success to the town.

It’s no surprise that the Rebel Wrestlers’ coaching staff is home to two former state champions, including Joey Langel, who earned the title in 2008 wrestling for Howell. 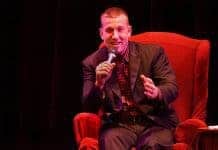 Todd Frazier: From Met To Ranger?