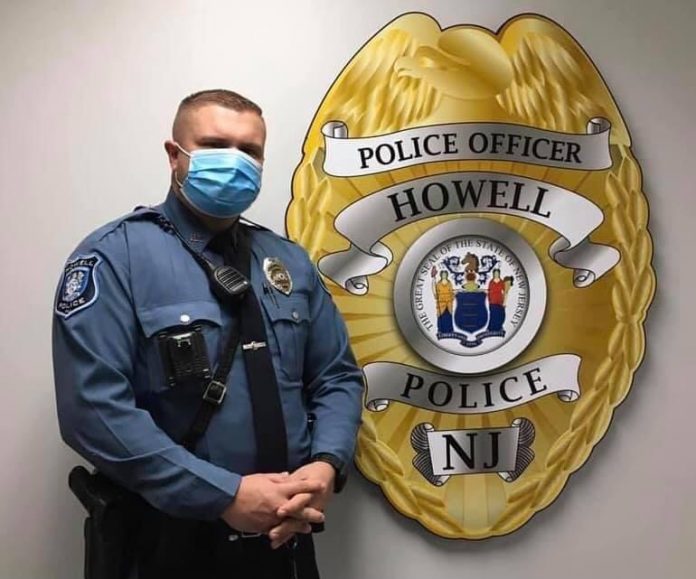 HOWELL – An officer is being praised for helping a driver out of a burning vehicle and saving his life.

Officer Nicholas Volpe was on a routine patrol on November 21 when he spotted a car crashed on the side of Manassa Road. The vehicle was on fire.

The driver, a 62-year-old man, was still inside. The door was crushed closed. Volpe told him to climb out the window, but the car was too damaged to do so safely.

Volpe then reached in, grabbed the driver under his arms, and pulled him through the window. He got him back to the police car while the vehicle became engulfed in flames.

The driver only suffered minor injuries and refused medical treatment. He admitted to using his cell phone and being distracted.

“This incident once again highlights the bravery of police officers every day across this country. The quick and decisive actions of Officer Volpe undoubtedly saved this man’s life. He is a prime example of a true hero. I certainly proud of him,” Chief Andrew Kudrick said.