HOWELL – A student was accidentally sprayed with a “pepper-based irritant” on a school bus, police said.

The unnamed Middle School North student, traveling on a bus that serves the West Farms Road area, kicked the can that was on the floor, causing it to discharge. The student was not injured, but all students were transferred to another bus.

The mother of the student who owned the can contacted the district, saying she gave her daughter the can for her own safety.

Police are conducting interviews and reviewing school bus video footage. The school district is also involved in the investigation.

The Howell Township Police is advising the public that students are not allowed to carry such items to school. Students can be disciplined, and parents criminally charged.

“During school, leave the protection to us,” Howell Police said. 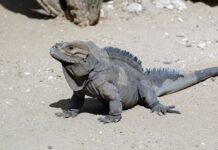