This weekend marks five years since Superstorm Sandy. It blew through here in a matter of days, but years later, its impact is still being felt. For most of us, it’s a distant memory. But for many others, the memories are haunting.

While most of us can go through our daily lives without even thinking about Sandy for days, maybe weeks, there are others who are dealing with it every waking moment because they are still not back in their homes. Government bureaucracy and insurance entanglements are the biggest problems. Contractor fraud, of course, is another problem.

Officials of towns that were hit hardest by Sandy will still tell you how many millions of dollars in ratables have not yet been rebuilt. That figure affects everyone: Towns still have to collect taxes; they’ll just be collecting money from the people who still have houses to tax.

Keep Sandy in mind when you hear about disasters near or far. Harvey hit Texas in August. Irma hit Florida as well as islands like Puerto Rico and the Virgin Islands. Then, there were the fires in California. We’re nearing disaster fatigue, but it’s important to keep up support for those who lost everything in these tragedies.

If we’re still dealing with a disaster half a decade later, so will they. 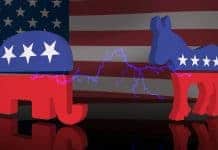