Graves’ disease leads to high levels of thyroid hormone, termed “hyperthyroidism” which is the opposite of hypothyroidism, a condition that I usually write about.

Graves’ disease takes its name after the doctor who described it for the first time in 1835, Dr. Robert J. Graves and it affects 10 million people worldwide.

There was another research study and the levels of vitamin D in 208 Graves’ disease patients were assessed. They noticed that women were way more vitamin D deficient than men (38 percent to 17 percent). It’s an interesting gender difference to keep in mind.
There’s also an interesting seasonal variation in vitamin D levels. As you would expect, the “sunshine” vitamin D levels were higher in summertime and relatively lower during winter.

In 2014, researchers published a case study in the Clinical Medicine Insight about a woman in her 40s whose symptoms improved after vitamin D supplementation. She had complained of heart palpitations for the prior three months and finally came in to see her doctor.

Her physical exam revealed an enlarged thyroid gland consistent with Graves’ disease. Lab tests checking for antibodies confirmed that she had Graves’ disease. Additionally, she had lower than optimal vitamin D levels. The patient was given a vitamin D supplement and as you might expect, improvement was confirmed though lab testing.

It’s not that we have thousands of people from a large-scale test, but in my humble opinion, we have enough data here to make the case that D can support healthy antibody levels not only in Hashimoto’s, but also Graves’ disease. Why? Because we know that vitamin D is an immune-modulator. We know that it supports Th1 and Th2 immune functioning. As a perk, it could improve mood in people who feel gloomy and tearful during the cold months.

Ask your doctor if it’s right for you even though it’s over-the-counter. Keep in mind that too much vitamin D could jack up levels of magnesium and calcium and adversely affect your heart rhythm. Don’t overdo it, and write me if you note improvement. I’d love to hear from you. 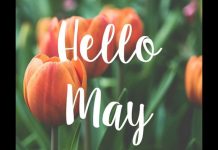 A Happy May Message From Joel 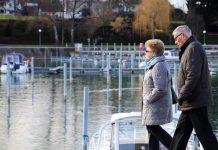 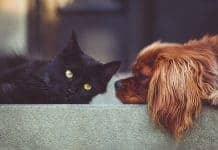 Losing A Pet Is Hard To Cope With