When I think of acrylic, my mind goes to nail salons where they apply hard acrylic to your fingernails…it doesn’t go to coffee or potato chips! But this compound is, in fact, almost always present in coffee and potato chips, as well as many other foods such as cereal, French fries, peanut butter… even prune juice.

Acrylamide levels are higher in things that are fried like French fries.  Just like frying, toasting can produce acrylamide that’s why dark toast is worse for you than  light toast, as are well-down has browns, versus lightly browned ones… basically the darker (more cooked) areas on your food tend to have more acrylamide. Coffee is high in acrylamide and that’s why coffee shops are facing scrutiny now.  I’d like a Vanilla Latte, double-shot, extra whipped cream, no acrylamide.

Starbucks and other big-name cafes are under fire. You see, acrylamide is a compound known to the FDA as a “possible” carcinogen. To be fair, the carcinogenic potential of dietary-related acrylamide from foods and beverages is actually unknown.

Natural coffee beans don’t have acrylamide, it happens during the refinement process. When coffee growers roast their coffee beans, the acrylamide content goes up to a certain degree. Then coffee houses prepare beverages for us (the consumer) and we drink it. Does that mean we’re drinking acrylamide?

In recent breaking news, Superior Court Judge Elihu M. Berle has just ruled that coffee companies like Starbucks, Peet’s and others will have to carry the cancer warning label in the state of California. I am confident this cancer-causing acrylamide problem won’t even impact their sales…not even a dollar! Coffee lovers aren’t going to run because we, as a nation, are fairly desensitized to toxins by now. Nobody cares if meat contains 28 different ingredients, aside from meat. Nobody cares if blueberry cereal doesn’t have real blueberries in it, but rather purple goo. Nobody cares if French fries are fried in disgusting oil. These are the foods that are the highest in acrylamide, so you’ll want to avoid or minimize these:

That’s just the main foods, there are others which I can share in my extended version of this article. I’ve written a much more comprehensive article about this, including more about why the foods above are high in acrylamide and what you can substitute. I’ve also offered a list of foods and supplements that offset the damage done by acrylamide. To get all of this, it’s simple. Just sign up for my free newsletter at suzycohen.com and I’ll email it to you on Tuesday. 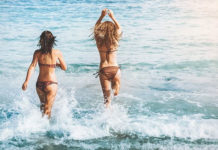 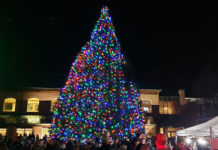