The first time I ate a fig I was about 40 years old! I was with my husband Sam, and we rented a cottage on a California vineyard in Sepastopol. One day, we were in the jacuzzi on the deck, and we noticed a fig tree hanging overhead. So I asked the owner if we could eat the figs from the tree. That month it was literally a fig feast, I was making up for a lifetime of abstinence.

FYI, without the wasps you wouldn’t have figs and vice versa. The female fig wasp enters a male (inedible) fig fruit and crawls into the fig through a narrow hole called the “ostiole” which is so cramped and tight that it cuts off her wings and antenna! The lady fig wasp doesn’t know whether she’s entered a male fig or a female fig. If it’s a male “caprifig” she can get comfy and lay her eggs. The eggs hatch into larvae and grow within the fig’s petals. The male wasp offspring are born blind and flightless, but they mate with the females. The male wasps try to ‘eat’ their way out by creating a tunnel, but unfortunately it’s a long one, and they end up dying inside because they can’t escape. Is this TMI?

Female fig wasps can collect a fig’s pollen and crawl out the tunnel that their dead partners built, and fly away in search of a new fig plant to lay their own eggs in. If a female wasp enters a female fig, it’s bad news. She won’t be able to lay her eggs because of the stylus. She’ll die inside that fig… but she will have delivered the pollen. Mission accomplished.
Some of you are amused, and others probably mortified. Are you worried that figs contain big wasps? I’ve eaten a million and never saw one. I don’t think they contain wasps, honestly. The only time I ever saw a wasps inside a fig was on Google Images. (Don’t do it!) You see, it all ends well. The female figs produce an enzyme called “ficin” which digests the wasp that entered it, thus turning the wasp corpse into pure protein inside the fig.

Those crunchies inside the figs are seeds, not wasp parts. And if you’re wondering, fig jam is NOT sweet baby wasp paste! Go ahead and visually inspect your figs to see what’s inside them, it’s just fig seeds, no wasps. Really. Nevertheless, vegans sometimes avoid figs since wasp critters are required to make a fig, and they sometimes worry that the exoskeleton of the fig wasp may not be 100% digested by the ficin enzyme. I’ve also wondered if figs could trigger allergies in people who are already allergic to bee or wasp venom.

Figs are superfoods. They contain fiber, minerals, vitamins, potent antioxidants and protein. You might be wondering how I eat figs today. I put thin slices on top of a cracker with brie cheese. Please go to my website and sign up for my newsletter, and I’ll send you a little more information on the nutrition of figs, as well as recipes. Why do I know you are still disturbed about the wasps? 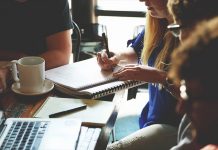 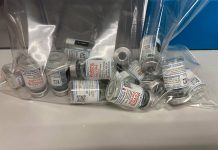 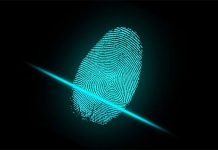