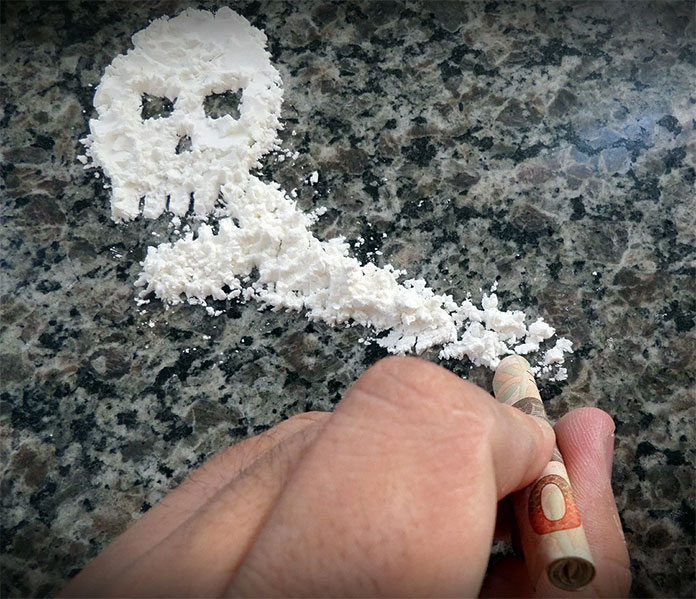 Maple Leaf is a 359-condominium complex located in the Herbertsville section of town and is known for a high crime rate. Problems there have been brought to the attention of the township administration since 2009.

What causes people in certain areas to turn to drugs and gangs? What, if anything, can members of the community do to stop people from going down this road?

Brick Police Officer Sean Flynn is a DARE (Drug Abuse Resistance Education) officer at the elementary schools and also teaches a #NotEvenOnce program at the high schools, which was developed to educate students about the dangers of opiates before they leave for college or enter the workforce.

In a recent phone interview, Officer Flynn said oftentimes there is a socio-economic situation which can result in kids using or selling drugs after being enticed by money.

“They see gang members with money, with cars and clothes and things they can’t afford,” he said. “Joining a gang gives them a sense of belonging, since some of the kids come from single-parent homes and they’re looking for a role model.”

Kids see wealthy celebrities on social media living fast and spending big, but the students learn “just because that looks cool, there’s a back door and bad things are happening,” he said.

Officer Flynn said peer pressure from other kids who are using drugs can be another motivating factor for making bad decisions.

The officers discuss peer pressure with the students, which can also lead to opioid abuse, alcohol abuse, tobacco use and vaping, which has become part of the lesson plan, he said.

Besides socio-economic pressures and peer pressure, some people abuse drugs because they’re self medicating for depression, loneliness and stress, Officer Flynn said.

“In the beginning, they might have a prescription for pain from a doctor, but when they get shut off by the doctor they turn to heroin, which is a cheaper alternative, and more bang for the buck,” he said.

Buying illegal opioids on the street costs about $1 a milligram, or around $30 a pill, but for $5 a single use wax fold or “deck” of heroin is much cheaper and much stronger than a pill. A 10-pack, or a “bundle” costs about $50.

As a former narcotics detective in Brick, Flynn said he thinks of drug addicts as victims rather than criminals.

“Sometimes a person makes one bad choice, and it can be anybody – it’s not the homeless guy living in a box in the alley,” he said. “I want to help these victims, and it’s very rewarding to help children to make smart and sound decisions.”

Addiction education is “huge,” Officer Murphy said. “Preventative maintenance is so important. People had no idea what the outcome of prescription drug use would be, and now we’re doing damage control.”

Communities can help by supporting the local and federal governments to combat the problem with grants that fund educational programs and seminars, he said. Students bring the knowledge home and educate their parents.

Under the guidance of Sergeant Jim Kelly, the Community Policing Division is creating an after-school program for kids. There will be more details forthcoming after restrictions from the COVID-19 pandemic have lifted.

“We tell the kids, when bad things happen, stand up and do the right thing, make smart and healthy decisions,” Officer Flynn said. “Don’t miss out.”

And he urges parents to get involved and watch each other’s backs.

“Support the programs, we want parents to be liaisons, take care of each other, don’t think ‘it’s not my kid so it’s not my problem.’”