BRICK – There is a mayoral election this year, and four of the seven council member seats are also up for grabs. There are no mayoral debates or events planned, so The Brick Times reached out to the two candidates running for mayor and asked them the following questions:

What is your employment?

What experience do you have in public office?

What experience do you have in civic groups?

Briefly describe the biggest issues facing the town, and how you plan on addressing them.

Is there anything new that you would want to do in the town that is not currently being done?

“While I have leadership and financial skills which are critical to being in public office, I do not have specific political experience,” she wrote in a recent email.

“My focus has been toward volunteerism related to my church and for children with disabilities. I am a long time volunteer for Camp Fatima of NJ where I also served on their Board for several years,” Gallagher said.

“The residents of Brick deserve the truth about the crime in town and the lack of sound financial planning. We used to be the Number 1 safest town of our size in the country. In 2019, we ranked 124 out of 239 towns in the country. In addition, Brick hasn’t benefitted at the State or County level by having a Democratic Mayor in a Democratic State. From the school funding formula, to the new VA Clinic awarded to Toms River, to the sale of Foodtown, Mayor Ducey falls short in his negotiating skills for the residents of Brick. Either Mayor Ducey isn’t fighting for the residents of Brick or he is colossally ineffective. I would be proactive in fighting for Brick and making sure that we aren’t constantly out-negotiated. Also, I would hit the crime issue head on. The Mayor is not admitting crime is a problem so he obviously isn’t doing enough about it. I would work with the Police Department to find out what additional things can be done to fight the increased drug use and street crime, hire additional police officers, and canvas the residents to explore a neighborhood watch program.” (Editor’s note: Brick currently has a neighborhood watch program.)

Gallagher says the town needs to be looking at ways to streamline and become more efficient. “Taxes are too high and the Mayor is spending the town’s surplus instead of looking for ways to cut costs. We need to reestablish transparency, participation, and connection between our taxpayers and elected officials. I would propose a monthly Town Hall sponsored by our elected Township Council as well as re-instituting a bimonthly Council Caucus workshop that permits resident participation. I would also propose a department-by-department audit, a reduction of non-essential employees, and restore the Citizens Budget Advisory Committee.”

Democrat John Ducey is an attorney with a law office on Herbertsville Road, and as the incumbent mayor, is seeking a third term. Prior to becoming mayor, he spent two years as a Township Council member.

“The biggest issue in this election is keeping Brick on the right path. Taxes are finally stable. Anyone who lived here knows that the previous administration spent wildly as we saw spending rise 53% in those 8 years. Since becoming Mayor, taxes have been stabilized, including the first tax cut in over 33 years. In addition, the record debt I inherited when I became Mayor has been reduced by $31 million thanks in large part to my fellow council members. Our debt reduction program will stay intact so that debt can be reduced even further over the next 4 years,” Ducey wrote in a recent email.

“We also have a much safer town now than we did before I was in office. We have fully funded our police department and increased it by 17 officers. This increase in officers has allowed a vibrant Community Policing program to be started and equally as important a full staffing of the Drug Task Force (SET). The result of this full funding and of course the hard work of our great police force is a 42% reduction in overall crime and a 35% reduction in violent crime since I took office. The police will continue to be fully funded for the next 4 years so that crime and violent crime can continue to decline rather than go back to where those numbers were before I took office,” he said.

“Community events have been expanded and added and our community parks have been renovated and are a sense of pride for all Brick residents. In the past, things like Summerfest were cut back and our parks were not well maintained or updated. Over the next 4 years our last 2 parks will be renovated,” Ducey said.

He said that due to the administration’s business-friendly policies, numerous empty storefronts have been filled over the past eight years and said he wants to see the few remaining empty spots filled over the next four years.

Ducey said he would like to see a more aggressive preservation of open space in town, and has formed a new Brick Open Space Savers Committee, composed of residents who target open space and attempt to find funding sources to purchase and preserve undeveloped land and keep it as woods.

He said he is looking forward to the completion of the Senior Community Center on Aurora Place and to the Sports Dome, which is being privately built at the site of the former Foodtown. The project was delayed by a lawsuit against the developer who wanted to build condos and apartments at the site.

“The town no longer owns it and is now receiving taxes on the property for the first time in 20 years,” Ducey wrote. 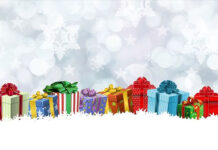 Students Cooking Meals For Those In Need: Another Thing To Be Thankful For 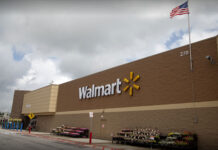