BRICK – A Toms River man was recently reunited with his long lost wave runner, which he believed to be swept away by Superstorm Sandy nearly six years ago.

Douglas Ferrigno was contacted by Brick Township Police and told that they found his Sea-Doo wave runner located on another local property.

In a Facebook post from July 3, Ferrigno said: “I got a call last night from Brick Police Dept. telling me they found my missing wave runner lost in Sandy on October 29 2012! It’s been hidden in plain site on this property.”

Ferrigno’s wave runner was found intact and undamaged with the cover still on it. He noted that the motor area was clean when they happened upon it.

On July 4, Ferrigno posted a series of updates about the experience.

“Got my wave runner home and cleaned up on outside, tomorrow new gas, new battery and plugs! Fingers crossed it will run again,” stated the first post.

The wave runner apparently started right up and he immediately registered it and put it back into the water, alongside a photo stating “Back in her rightful place.”

Police reportedly told Ferrigno that whoever initially reported it years ago provide the wrong registration number, keeping its location a mystery to him all these years.

Ferrigno said it’s like nothing ever happened to it, once he got it out on the water again.

“A great ending to a terrible super storm that has impacted me as well as many others,” he stated in the post. 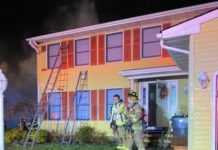 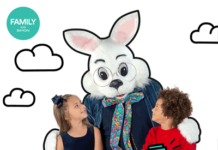 The Easter Bunny Coming To The Ocean County Mall