BRICK – A township man pleaded guilty to dealing marijuana out of his home and having a handgun with the serial number defaced.

Solomon Cobbs, 24, is facing three years for the drug distribution charge and 18 months for the weapon charge. His sentencing is scheduled for May 13.

Police said that Cobbs was found during the course of a three-month investigation. On June 18, officers used a search warrant to pull over Cobbs’ vehicle, finding approximately 125 grams of marijuana. They later found another 160 grams of marijuana in his home, along with more than $2,000 in cash and a .40 caliber handgun with a defaced serial number. 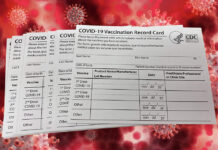