BRICK – An investigation into a police involved shooting that occurred earlier this week after Brick Police Officers responded to a domestic assault dispute is still under probe, according to the Ocean County Prosecutor’s Office.

Four Brick Police Officers were dispatched to the scene after 5:33 a.m. and found 32-year-old Keshawn Wilson armed with a handgun and engaging in domestic violence acts with a 31-year-old female and her 59-year-old mother. Officers discharged their service weapons, resulting in Wilson’s death. No officers were struck by gunfire, but they were all transported to a local hospital for evaluation.

An investigation following the incident revealed that Wilson was living at 141 Meridian Drive where the domestic violence acts and clash with police took place. The 31-year-old victim’s 31-year-old sister and her three children, ages 11, 7 and 11 months, were also home at the time of the incident.

The 31-year-old victim suffered lacerations and contusions to hear head, eye and body, as well as injuries sustained from falling down the stairs as she tried to flee from Wilson. She eventually escaped through a bedroom window and ran to a neighbor’s house to get help. Her mother also suffered a head injury after trying to help her daughter, eventually seeking refuge with her other daughter and granddaughters in a downstairs bedroom.

Witnesses and forensic evidence have confirmed that Wilson was armed with a loaded six-inch revolver when police officers arrived at the home on Meridian Drive. He had discharged multiple rounds from the weapon during the course of the incident.

The investigation into the suspect, Wilson, and the Brick Police Officers who responded to the domestic violence reports is still ongoing. According to the Ocean County Prosecutor’s Office, “It appears that all four officers did discharge their service weapons during the exchange.”

All family members in the home were examined for injuries and the two victims who were assaulted were taken to Brick Hospital for treatment. 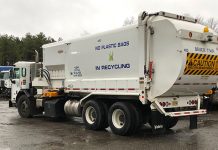