BRICK – Two men have been arrested and charged for theft after breaking into 20 cars in the early hours Tuesday morning, police said.

Around 2:30 a.m., Officers Kyle Patrick, Kyle Dudak, John Sullivan and K9 Officer Scott Smith of the Brick Township Police Department responded to the area of Collins Court in Green Briar I after receiving a call regarding a car burglary in progress.

The caller stated how they saw two unknown individuals entering into multiple cars in the neighborhood.

When Patrick responded to the call, he saw two men in a car that fit the description of the subjects provided to dispatch.

After pulling them over, the two men were identified as Ryan Payesko, 27 of Toms River, and Nicolas Massimi, 28 of Toms River.

The investigation revealed that the two were responsible for the burglaries and both were arrested at the scene of the stop.

It is suspected that the subjects entered as many as 20 cars, police said. Currently, the investigation is ongoing and both suspects are lodged in the Ocean County jail.

The Brick Police Department would like to commend the residents for remaining vigilant and reporting of suspicious activity. Residents are also reminded not to keep valuables in their vehicles and to keep their vehicles locked. If you see a crime or suspicious incident taking place, please call 732-262-1100 or 911. 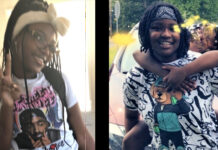