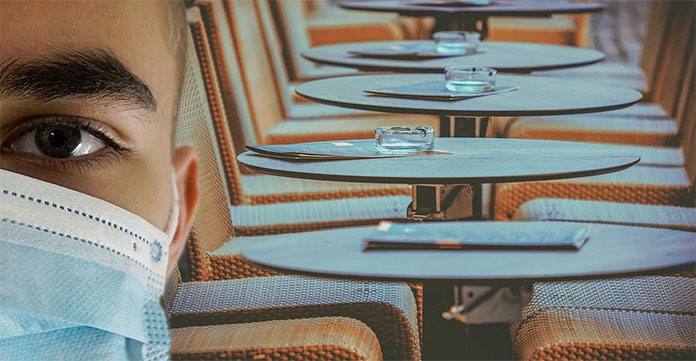 BRICK – The township has taken a step towards a “sense of normalcy” by crafting an ordinance that would allow existing restaurants to apply for a permit to allow outdoor dining until restrictions due to the coronavirus are lifted, said Mayor John G. Ducey during the May 12 council meeting.

“The effects of the COVID pandemic are crippling our local businesses and restaurants,” he said. “As restrictions begin to lift, there’s likely to remain social distancing guidelines specifically for dining establishments, so this ordinance was drafted to be proactive in allowing for outdoor dining as a way to assist restaurants while providing appropriate social distancing while maximizing the number of patrons to be served at any given time.”

The ordinance outlines the guidelines for outdoor dining for restaurants, which must currently have an indoor dining area. A permit is required, which would be valid for a 12-month period, but would be limited to the period of May 1 through November 30 of each calendar year.

Applications must be obtained from the township zoning officer, and the submission must show the layout of the proposed seating areas including aisles, ingress, egress and more.

Ducey said the administration would be waiving the $150 permit fee, which would be after public hearing at the second hearing of the ordinance at the next council meeting.

The law would go into effect 20 days after the council approves the second reading.

“So it’s basically expanding, because what’s going to come down from the governor, is a limited capacity,” Ducey said. “We don’t know what that is going to be yet.”

The mayor said he is also lobbying the state government with regards to the ABC (Alcohol Beverage Control) laws for establishments with liquor licenses to be able to serve alcohol outside, and to allow BYOB establishments to be expanded.

“Those rules will be coming down from the ABC, and hopefully they agree with us to allow the situation, due to the time that we’re in,” Ducey said.

The township has already opened beaches and parks, and the mayor said they are doing the best they can under the state reopening guidelines.

For example, Walmart and Target are not only selling food but also clothes, electronics and more, while the smaller boutique stores are not allowed to be open, Ducey said.

“It doesn’t make any sense; why can’t those stores also have their employees wear masks, be able to do curbside pickup by way of phone orders or computer orders and therefore being able to create some income for themselves?” the mayor said.

He said that contractors could also get back to work if the state put out clear and responsible social-distancing guidelines to allow them and smaller businesses to open.

Ducey said to let doctors decide whether it’s safe for them to perform elective surgeries, such as joint replacements. He also said that smaller independent pharmacies should be able to perform coronavirus testing, not just the big chains.

“Hopefully the governor will speak on this soon, and take up some advice from different mayors and council people from around the state that are trying to help with these ideas,” the mayor said.

On Wednesday May 13 Governor Phil Murphy signed an executive order permitting resumption of non-essential construction and curbside pickup at non-essential retail businesses and gatherings in cars.

The next council meeting will be on Tuesday May 26 at 7 p.m.