BRICK – Mayor John G. Ducey presented the 2021 municipal budget during a recent virtual council meeting. The plan consists of the spending and projected revenue plans for the municipal portion of the taxes that are collected.

“That’s roughly $3.75 per month, or if you look at it this way, it’s 12 cents a day,” he said. “It’s important to point out that this budget I’m speaking of is the municipal portion of the tax bill, the portion that’s controlled by the council and the mayor.”

The town serves as the tax collector for other entities, but the municipality only keeps about 30 percent. The other 70 percent is controlled by the Brick Township public schools, the county government, various county agencies, open space taxes and local fire districts, Mayor Ducey explained.

Some of the significant factors that affected the budget include an increase of over $1 million in bond principal payments; a $771,000 increase in police salary and wage; some $666,000 in pension contributions; and $193,000 in EMT salary and wages, Mayor Ducey said.

This is his administration’s eighth budget, which the mayor said “is a continuation of the fiscally conservative principles and practices that have been established over the previous seven budgets.”

The 2021 revenue plan includes $9,918,843 from the township surplus. The surplus was impacted by the COVID-19 pandemic since many of the revenues that help to replenish the surplus were not realized in what he called “a year of unprecedented challenges.”

Many of those revenues should return in 2021, and money from the sale of the former Foodtown site will replenish future surplus funds, Mayor Ducey said.

The surplus funds show the fiscal health of the community, he said. By the end of this year, surplus should have a balance of $6,737,821.

During that same period of time, the tax levy has increased an average of $1,659,000 a year, the Mayor Ducey added.

There will be a public hearing on the budget during the April 27 council meeting. 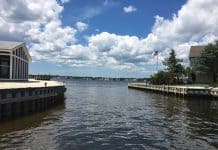