BRICK – Some say that Brick Township is completely built out, but there are still pockets of land being developed, such as 3.09 acres on Cherry Quay which will be the location of six new homes on a cul de sac.

The Planning Board approved the development during their November 10 hearing.

Joseph T. Gass III, who has been developing homes in Brick for over 40 years, came before the Board with his application for a preliminary major subdivision at 359 Cherry Quay Road, an existing vacant wooded area on Circle Drive at Country Walk.

Four of the single-family dwellings would face Circle Drive and two would face Country Walk.

The applicant’s engineer and planner, Ray Carpenter, said that the six lots would be fully conforming and would need no variances and no waivers.

In 2014, the Planning Board rejected Gass’s application to subdivide the same parcel into nine lots, which would have required multiple variances.

“We will upgrade Country Walk, which is currently a dirt road, to a fully-conforming, full-width municipal road with a cul de sac at the end,” Carpenter said. “It is very much an upgrade to the area.”

Curbs and sidewalks would be provided on both sides of Country Walk, he added.

The planned homes are two-story colonials with either one or two-car attached garages. They would range in size from 2,500 square feet to 3,800 square feet and would have “architectural variety,” the engineer said.

Gass provided a variety of front elevation design options to give an idea of the architectural aesthetic of the proposed new homes.

The various front elevation designs offered to prospective buyers ensures that the streetscape will have a variety of exterior finish materials, colors, textures and architectural features to avoid a cookie cutter appearance, he said.

Furthermore, there are no environmental issues with the site: there are no wetlands, no endangered species habitats, and no underground oil tanks, Carpenter said. The applicant said he would comply with all ordinances regarding trees and that he intends to keep as many as possible.

Greg Wynn, who owns homes at 222 and 224 Circle Drive, was concerned about drainage issues and brought photos of Country Walk that showed numerous puddles.

Carpenter said the dirt road is just an easement and is not maintained.

“We are cognizant that the [new] road has to capture water from adjoining properties,” he said “The new curb will channel water from the road to the catch basin.”

Wynn asked if there would be street lights in the new cul de sac. Carpenter said they are not required.

Members of the Planning Board unanimously voted in favor of the application. 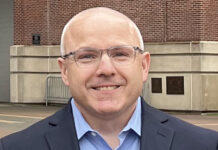 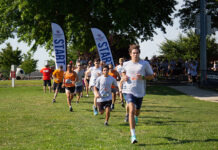