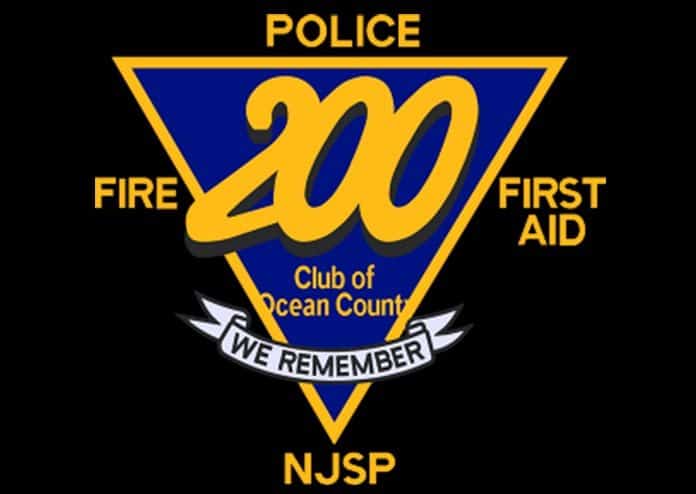 POINT PLEASANT BEACH – The 200 Club of Ocean County will be holding its 31st Annual Awards Reception at 6 p.m. June 7 at the Clarion Hotel and Conference Center in Toms River.

These public servants will be honored for their bravery:

•Patrolmen Mark DeGrandis and Frank Bopp of the Toms River Police Department “encountered a deadly situation with a dangerous individual.”

•Patrolmen Thomas Elwood and Kyle Lamar of the Toms River Police Department pulled a victim from a burning vehicle after a car accident.

•Sergeant Wayne Olejarz and Patrolman Anthony Riso of the Jackson Police Department attempted to disarm someone who assaulted family members.

•Former Chief Richard Beck of the Toms River Volunteer Fire Company No. 1 is being honored with a Meritorious Service Award for 60 years of fire service.

The recipients of the David Ascione Memorial Scholarships—scholarships given to family members of uniformed services personnel who attend Ocean County College—will also be announced.

Tickets are $50 per person for nonmembers. Proceeds go toward the 200 Club Fund that helps support law enforcement and emergency workers in the county.

The 200 Club of Ocean County comprises private citizens who assist families of police officers, firefighters, first aid squad members and troopers who lost their lives or were seriously injured in the line of duty.

The Club also recognizes the bravery of those men and women who in the county.

Pine Terrace Roadwork To Be Done In Brick