OCEAN GATE – People would refer to it as the duck pond, or maybe even the lily pond, but few knew it had a name, or a history.

Jeffrey’s Creek is a small, shallow, still waterway not far from the Toms River. It’s off Ocean Gate Drive (not to be confused with Ocean Gate Avenue or Ocean Gate Turnpike) which slinks along the western border of the borough. Once you get off Route 9, you pass that crazy intersection by Berkeley Shores and keep heading toward the river. You’ll find a small parking area across from a triangle of land where the veterans memorial was installed.

There’s a small grassy area giving way to a marshy beach on the Ocean Gate side. A wall of reeds greets you on the Berkeley side. There’s a narrow stone construction separating the two portions.

Mostly, only locals know it as a place to bring the kids to look at the ducks. There’s always some kind of waterfowl there, it seems. It’s probably safe to say that few people knew it had a name until an Eagle Scout put up a sign there.

In truth, a lot of the places we see have names, but we might not know them. If you look on an old map, you might find islands smaller than the average property lot – but they have names. The name Jeffrey’s Creek shows up on Google Maps, in fact. Often, the historical society is the place to look deeper.

“The first school was held in his farmhouse, probably back when it was still Berkeley Township,” she said.

The local students were mostly children of farmers, she said. They probably felt right at home learning their reading, writing, and arithmetic there.

Ocean Gate was incorporated as a borough in 1918, so this is going back a bit. It was one of several towns that were once Berkeley Township. The one-room school house on West Arverne Avenue was built in 1914, so the farmhouse predated even that. As a side note, that one-room schoolhouse is likely the only one in New Jersey still used in education. It currently houses the district’s kindergarteners. 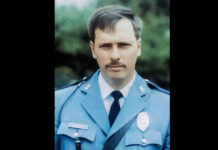 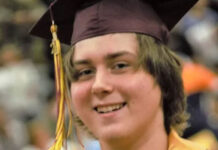 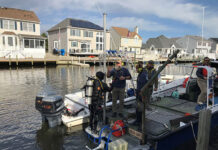