SOUTH TOMS RIVER – The seat representing South Toms River on the Toms River Board of Education was won by incumbent Anna Polozzo.

The vote totals are unofficial results until the county clerk certifies them at a later date.

Polozzo is currently completing her first term on the board. Her slogan was “Children First.” Prior to the election she spoke about the school funding problems the district is facing.

The South Toms River race might seem small, but the mailers sent out by Guarin’s camp were bitter. Her treasurer was the same one as George Lobman and Lynn O’Toole, who were running in Toms River. One of her letters introduced herself as the Republican choice for school board. Since board elections are supposed to be nonpartisan, it was unclear if this was in violation of state law.

A small town in which less than 550 people voted had thousands of campaign dollars pouring in from Guarin’s camp, showing just how important this one seat is on the regional board of education.

Guarin did not respond to media requests prior to the election. 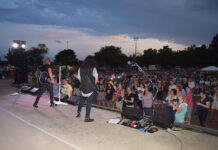