BERKELEY – Utility bills are something every homeowner has to pay. That’s why local officials are asking for a rate moratorium that would prevent any future increases.

The State Board of Public Utilities is responsible for approving price increases. The Resolution approved by the Township Council said that the BPU approved double-digit rate hikes for four gas providers that became effective in October of 2022.

For New Jersey Natural Gas, their latest rate increase was unconscionable for seniors, Mayor Carmen Amato said. It had the effect of sticker shock when someone sees their bill for the first time after the increase.

The rate increases pay for the expanding services “and of course outrageous salaries for their administration,” Amato said. They are supporting a bill that would halt increases.

Councilman Thomas Grosse asked how this would work, considering it is government monitoring a private business (a utility company).

Amato said it would change the law.

In 2021, New Jersey Natural Gas asked for a 25% rate increase. At the time, Amato noted it was the third double-digit increase in six years.

According to New Jersey Natural Gas, they had invested nearly $850 million in improvements that were helping customers but were not reflected in the current rate.

That rate adjustment, which came through in 2022, was meant to cover a number of improvements, including ongoing infrastructure replacement. A green hydrogen fuel project was developed to reduce emissions. Also, a training facility was built to train operators and provide mandatory qualifications for staff. Safety and field simulations are part of that process, which also trains third party contractors and local emergency personnel.

Included in this increase is rate recovery for the Southern Reliability Link. More than 85% of the natural gas supply used to serve customers in Monmouth, Ocean and Burlington counties is delivered through a single feed at the northern end of NJNG’s system, a utility spokesman said. Any significant supply disruption on this line could negatively impact a majority of NJNG’s nearly 560,000 customers. SRL directly mitigates this risk by accessing a second interstate supply source that interconnects with the southern end of NJNG’s system.

This was a controversial pipeline that some local officials and environmentalists fought against. They were concerned about leaks, construction through protected areas, and the eventual cost that would come back to residents in the form of rate increases.

A bill in the state legislature right now is S-3354, which would exempt natural gas and electric bills from sales tax until March 31, 2023. That bill states “New Jersey finds itself in the midst of a worsening affordability crisis. Inflation has made it harder to afford basic goods and services while disruptions brought on by the war in Ukraine have sent global energy costs soaring. Locally, this had led to an increase in residential energy costs with the New Jersey Board of Public Utilities recently approving double-digit rate increases for the State’s four largest gas providers. These rate hikes range anywhere from 15 to 25 percent and are expected to increase the average household’s energy bill by an average of $300 annually. With many experts anticipating another harsh winter ahead, it is imperative for the State to help ease this financial burden. By exempting the purchase of natural gas and electrical services from the sales and use tax for the duration of the winter season, residents will be able to find some measure of relief in the face of rising costs.”

Any customer having difficulty paying their natural gas bill is encouraged to visit njng.com/energyassistance to learn about assistance programs. 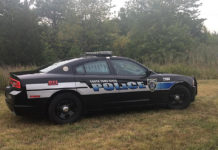 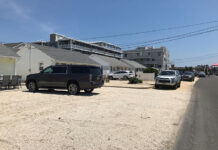 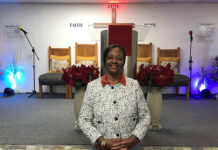