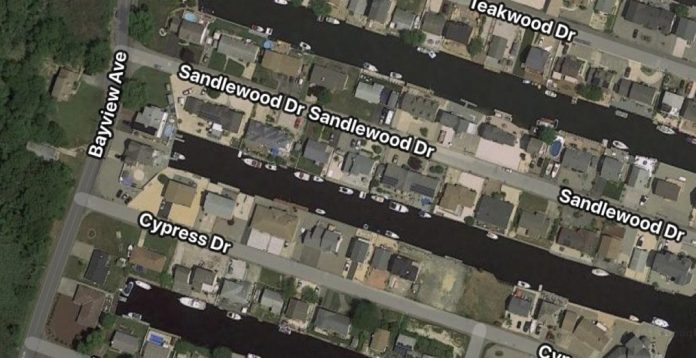 BERKELEY – Police are investigating the death of an elderly man found in a lagoon near his home in Bayville yesterday.

On May 8, at approximately 5 p.m., a report was made to Berkeley Township Police of a missing elderly man. The man was a 76-year old resident of Sandalwood Drive in the Bayville section of Berkeley Township. According to police, the man did not leave in a vehicle because they were left at his home.

“The elderly male was known to have preexisting medical conditions,” police reported.

After a preliminary search, the man was found dead in the lagoon on the 200 block Sandalwood Drive, several houses down from his residence, at approximately 9 p.m. Members of the NJ State Police and the Ocean County Sheriff’s Department used an underwater drone to help locate the man, and he was then brought to a nearby dock.

Police stated that the incident shows no signs of foul play but an investigation is ongoing.