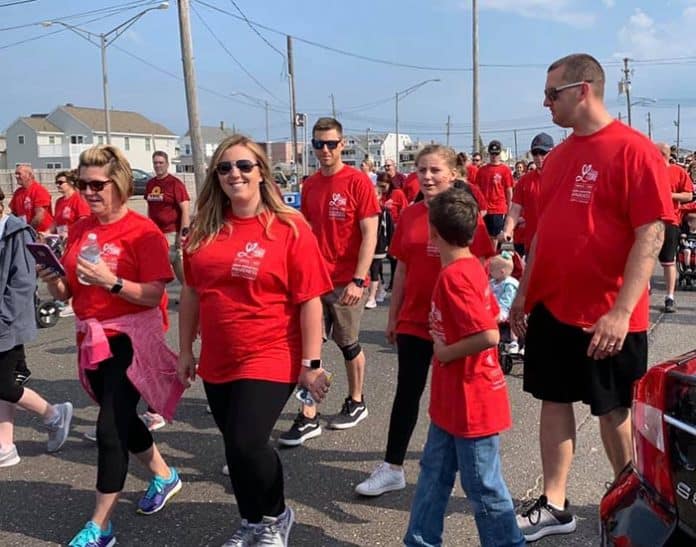 The event honors Kristen’s memory after she passed away in unexpectedly from a ruptured brain aneurysm in November 2013, just after having her first child. At the young age of 25, Kristen was a devoted wife, mother, daughter, sister, aunt and friend.

Following Kristen’s passing, her family reached out to the Brain Aneurysm Foundation which helped them to create the first ever Kristen’s Legacy of Love 5K run/1 mile walk in May 2014.

“We started this event with the goal of increasing awareness and research about the disease so that no other family has to suffer this type of loss,” said Kristen’s mother Kathy Shafer.

Over the years, the event has expanded and grown to include members of the entire community who have been impacted by the disease.

“We’re very grateful to Kristen’s family and their entire network for their commitment and dedication to the brain aneurysm community,” said BAF Executive Director Christine Buckley. “This disease affects one in 50 people in the U.S., so it is imperative that we develop and maintain support systems in communities all across the country.”

A portion of the proceeds from the event support the Kristen’s Legacy of Love Chair of Research, which funds scientific research directed at early detection, improved treatment modalities and technological advances that will improve outcomes for brain aneurysm patients.

Of the 30,000 people each year that suffer a rupture, 40 percent will die, and of those who survive, 66 percent will endure permanent neurological deficits.

Kristen’s Legacy of Love Chair of Research will announce the award recipient this summer. Previous recipients include The University of Florida, The State University of New York and Dr. Gustavo Pradilla, MD, of Emory University.

For more information on how to get involved, please visit bafound.org.