Educators agree that early childhood education is one of the most important ways to ensure future success. It’s also the time to first identify any problems that children might be having. The earlier you find these problems, the quicker the child can get the help they need.

They had a preschool for about 40 low-income eligible students. With the preschool expansion aid, about 200 4-year-olds joined the district, he said.

“We were anticipating close to 300,” so it’s possible that not every parent has taken advantage of this program, Roselli said.

The pre-kindergarten registration is having a positive effect on planning, as well, he said. It gives the district a very good idea of how many kindergartners will be attending the following year.

While it is a long day for kids that young, a lot of parents have a full-day day care as their only other option, Coppinger said. So, if the students are going to have a full day anyway, they might as well be in an educational environment for free. They are getting a state-approved curriculum. The district had a choice of what program to use and chose one called Creative Curriculum. They have specials like their older peers would get, such as gym, library, and art. The day is split up into segments with small group instruction, gross motor activities (like playground), and choice time where they can go to centers for imaginative play. There is a maximum of 15 students per classroom, with one teacher and one assistant teacher.

Keith McShaffery, assistant principal at Clara B. Worth, said that since some of these new students have older siblings at the school, there’s a different dynamic going on. The pre-k kids are eager to do all the things the older kids get to do. The kindergartners model behavior for the pre-kindergartners.

The expansion comes from $2.2 million in aid, part of an initiative from Governor Phil Murphy to fund preschool in every school.

Any school administrator will tell you that state funding can be fickle. However, Berkeley is being told this aid will allow the program to last.

Nearby Toms River elected not to apply for the aid, estimating that hiring additional staff that could cost them hundreds of thousands of dollars a year.

Roselli said the Berkeley district is not in the same boat as Toms River. Their funding went to a lot of one-time costs, like furniture and supplies. 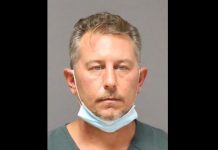 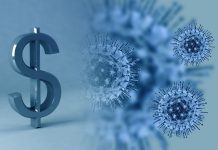