BEACHWOOD – Four officers were awarded the Life Saving Citation Bar and certificate at this month’s council meeting for their heroic efforts of saving a man in cardiac arrest.

On August 22, Officers Michael Batullo, William Manganiello, Chad Anthony and Matthew Tapp responded to a home regarding an emergency call about an unconscious man. When they arrived, they found Carmen Decaro Jr. of South Toms River on the ground outside unresponsive. At that time Decaro was not breathing and did not have a pulse.

The officers, along with South Toms River EMS Chief Robert Krohn, began life saving techniques such as CPR and the application of a defibrillator. Additional Beachwood and S.T.R. EMS personnel and Robert Wood Johnson paramedics provided advanced medical care and were able to transport Decaro to Community Medical Center with a pulse.

It was discovered that Decaro had suffered a heart attack and was intubated and awaiting a heart procedure. Thanks to the officers’ quick response, Decaro received appropriate care increasing his chances for survival.

“Statistically, for every 60 seconds that pass, chances of surviving drops by 10% without CPR or defibrillation. After just four minutes, brain damage begins to occur and after just 10 minutes, it is unlikely that they can be saved,” Beachwood Police said in a statement. 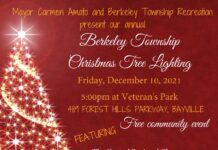 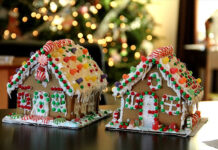