BERKELEY – The iconic trestle on the border of Berkeley and Lacey has always attracted young people. While some of them cause all kinds of mischief while they are there, another group of young people recently went down to clean up the area.

Boy Scout Troop 9503 paired with the township Waterways Advisory Committee to clean Dudley Park near the trestle and the rail trail. They were honored at a recent Township Council meeting for their efforts.

“Part of scouting is about service to the community and unselfishness,” said Bob Petry, one of the leaders. “They attend everything. Every time we ask them to do something, they’re there. It’s not easy as a high school kid or a kid in seventh or eighth grade to give up a weekend day. There are ten kids in the troop – all 10 will be there.”

Bill McGrath, a member of the volunteer committee that informs the governing body about the state of the town’s waterways, said they do two clean-ups a year through Clean Ocean Action. They mostly found beer cans, bottles, and plastic.

“Kids just throw this stuff in the woods,” he said.

Dudley Park is linked to Lacey’s Hebrew Park through the trestle. It is also now a link in the Barnegat Branch Trail, which is turning the old Barnegat Branch division of the Central Railroad of New Jersey into a biking and walking path. 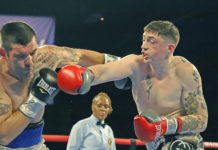 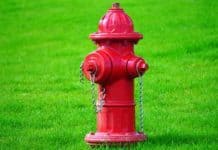