BERKELEY – The Central Regional Board of Education re-organized for 2018, but there was a disagreement over who should lead them.

At re-organization meetings, members who won in the previous election get sworn in, and then the members vote on their leadership.

Robert Livingston had won the November election, making him the new Ocean Gate representative. He was sworn in by Ocean Gate Mayor Paul Kennedy. His swearing-in was also attended by Berkeley Mayor Carmen Amato and Councilman John Bacchione.

Tracy Mianulli won her re-election bid to represent Seaside Park. She was sworn in by Central’s business administrator Kevin O’Shea.

The board then had to choose who would be board president and vice president.

Board member George Dohn nominated Louis Tuminaro to be president. Board member Susan Cowdrick nominated Mianulli, who was the board president last year.

The re-organization meeting is also a time to make appointments, such as: 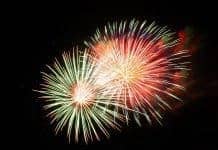