BEACHWOOD – A small boat fell off its trailer near the intersection of Routes 9 and 166.

The Beachwood Police Department posted a photo of the boat in the roadway on social media with a warning “Traffic alert.” The boat appears to be in the southbound portion of Route 9 near the merge with Route 166.

Beachwood Police tell Jersey Shore Online that an SUV was traveling southbound on Route 9 approaching Rt 166 when the trailer it was towing lost it’s load.

No injuries are reported and no other vehicles are involved. The crash report was completed by Ptl. Keith Meissner who was assisted by the Traffic Safety Unit at the scene.

Traffic is moving again at the scene of the incident. 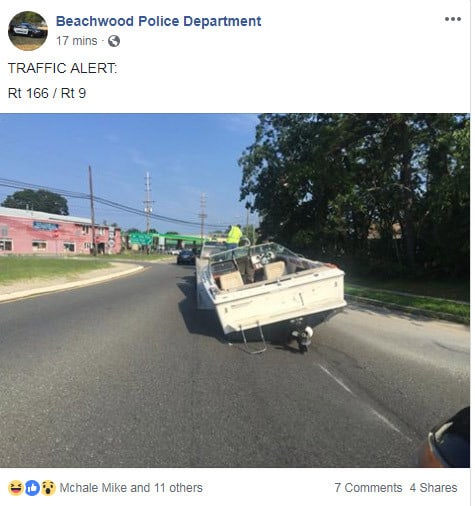 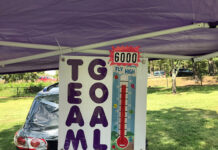