BERKELEY – A Township Councilman has been returned to the Ocean County Natural Lands Trust Advisory Committee after an outpouring of allies supported him at a politically charged meeting.

Councilman John Bacchione secured a seat on the Committee. Members are appointed by the Ocean County Freeholders.

The Committee is a volunteer group that oversees open space purchases. These purchases are paid for by the Ocean County’s open space tax on all property.

At Berkeley Township Council meetings in the beginning of the year, Councilman Bacchione stated that he was not reappointed to the board, and had never heard a reason why. Instead, he was being replaced by Jackson Councilman Martin Flemming.

Bacchione spoke at a recent meeting of the Ocean County Freeholders. He asked for a reason but did not receive one.

When he questioned the Freeholders, he asked why Berkeley Township was not appointed to the board, not specifically himself. The argument is that Berkeley should have representation there. Berkeley has the second largest amount of land that can be purchased for open space and should have a voice in what gets purchased.

He didn’t come alone. He had a group of local Republicans vouching for him. The Freeholders, as well as Flemming, are all Republicans as well.

Some people speaking on Bacchione’s behalf made veiled threats that the support for the Freeholders could be taken away if Bacchione is not reinstated.

There were 3 yes votes to appoint him, and 2 abstentions. Freeholder Virginia Haines, who is the liaison to the National Lands Trust Fund, abstained on Bacchione’s appointment. Freeholder Jack Kelly also abstained. His son works in Berkeley’s administration, and he said it might be a conflict of interest.

At the same meeting where Bacchione was appointed, they also appointed Martin Flemming in a unanimous vote 5-0. Flemming is taking Bacchione’s former spot while Bacchione will now take the spot of former Toms River Mayor and County Freeholder Paul Brush, who recently resigned. 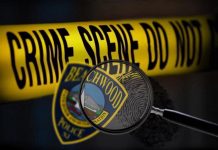